Explain giving justification the trends in the following properties of elements, on moving from left to right in a period, in the Modern periodic Table:

(a) Variation of valency.

(b) Change of atomic radius. 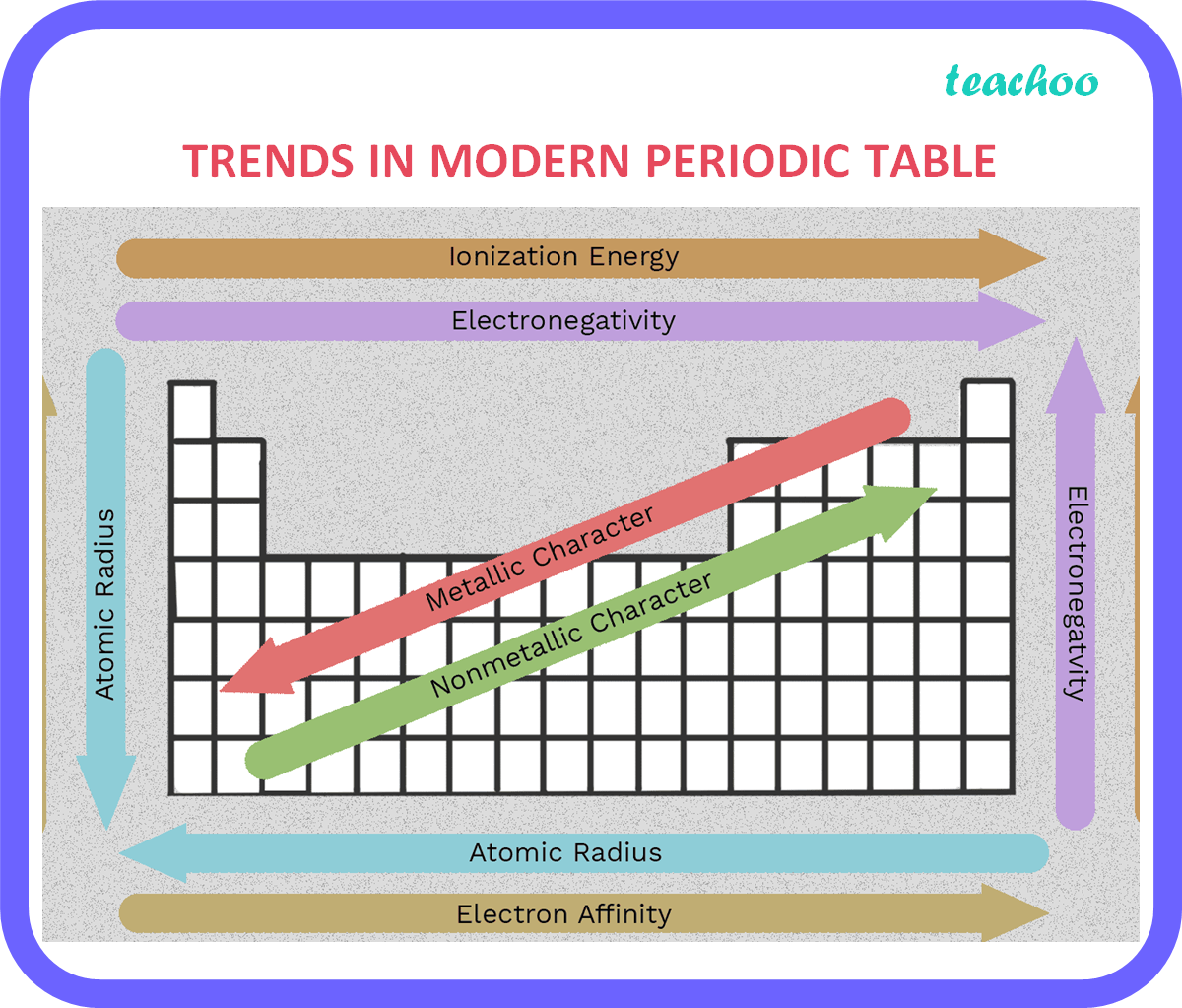 Therefore, as we move from left to right in a period, the valency first increases then decreases .

As we move from left to right in a period, the e ffective nuclear charge increases because the number of protons increases and due to this the electrons come closer to the nucleus and atomic radii decrease .

It is the ability of an atom to donate electrons . From left to right, effective nuclear charge increases which means that the electrons are held strongly by the nucleus and their donation becomes difficult.

On the other hand, non metallic character i.e. the ability to accept electrons increases.

Electronegativity is the ability of an atom to attract a shared pair of electrons towards itself . From left to right as the effective nuclear charge increases and electronegativity also increases.

So, the oxides are basic towards the left but keep becoming acidic when we move toward the right.