(a) List any three observations which posed a challenge to Mendeleev’s Periodic Law.

(i) left to right in a period,

(ii) From top to bottom in a period of the Modern Periodic Table? Given reason for your answer.

Mendeleev’s periodic law states that the chemical properties of an element are the periodic function of their atomic mass.

The challenges posed due to this were: 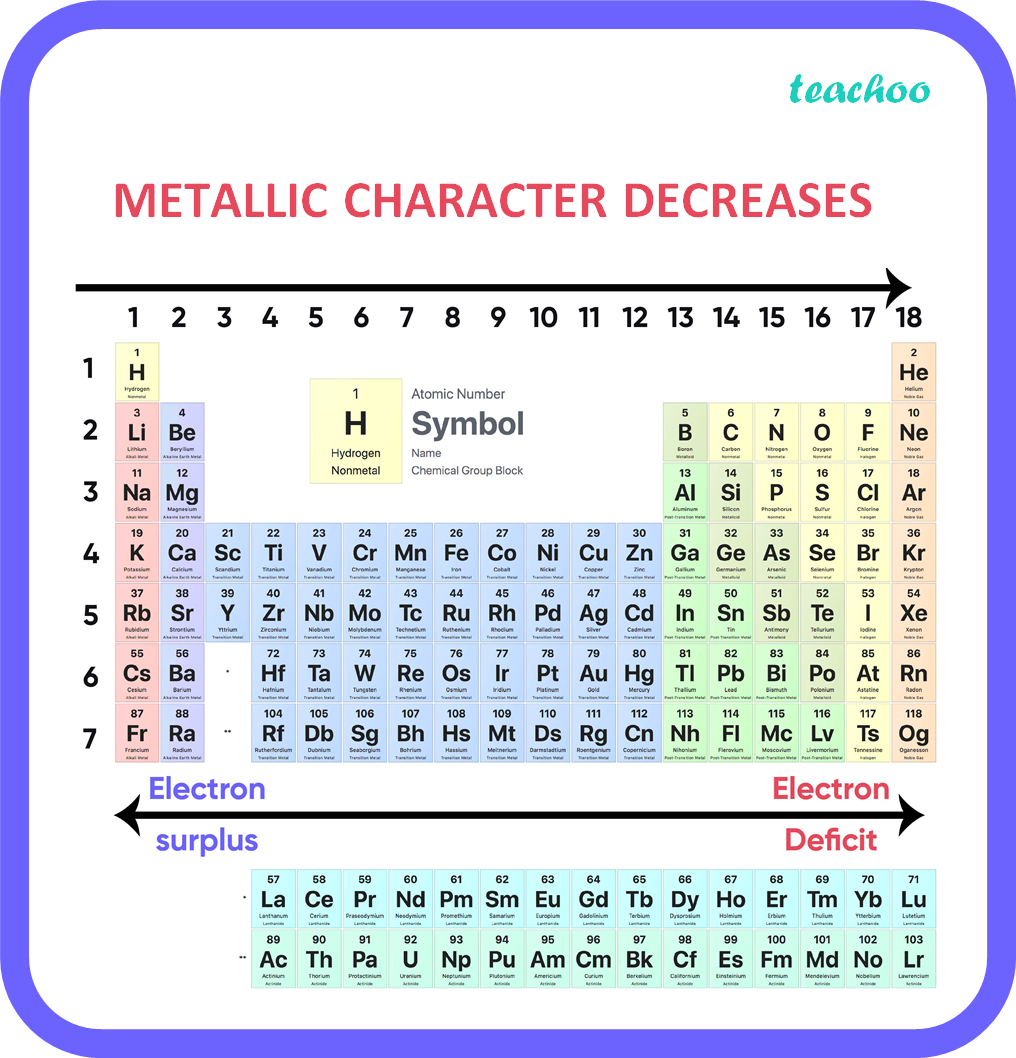 (i) As we move from left to right in a period, the effective nuclear charge increases because of which the electrons are held tightly by the nucleus. So, it becomes difficult for an atom to donate electrons therefore, metallic character decreases .

(ii) As we move down the group, the atomic size increases as the number of shells increases . So the force with which the nucleus is holding electrons also decreases and it becomes easier for the atom to donate electrons, therefore, metallic character increases .