The electrons in the atoms of four elements A, B, C and D are distributed in three shells having 1, 3, 5 and 7 electrons respectively in their outermost shells. Write the group numbers in which these elements are placed in the Modern Periodic Table. configuration of the atoms of B and D and the molecular formula of the compound formed when B and D combine.

The electronic configuration of:

Compound formed when B and D combine: 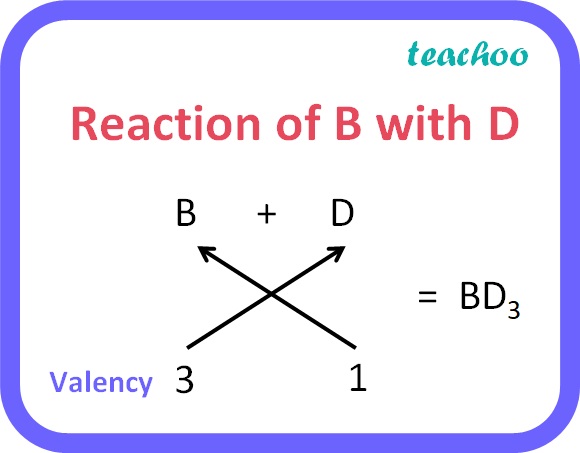 So, the compound formed by B and D will be BD 3