A survey was conducted on the population of Rhinoceros Unicornis between 1910 to 2005. Interpret  the line graph given below in about 150-200 words. 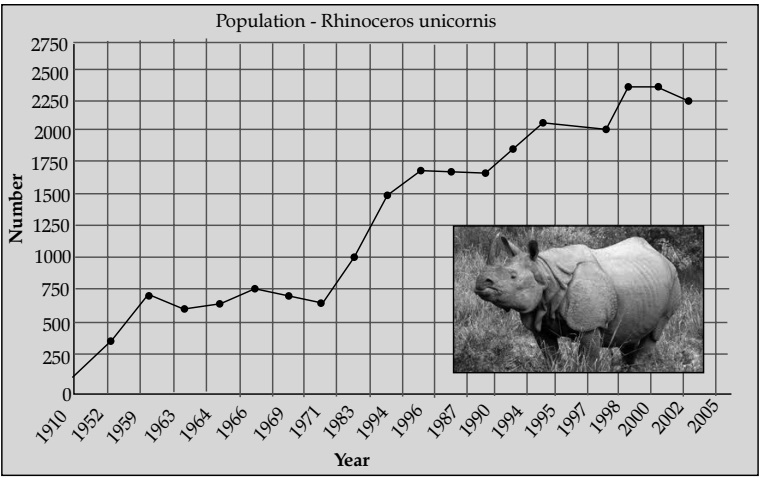