Look at the data given below which shows the changes that have occurred between 1995 to 2010 in  Bilaspur regarding the women education. Write a paragraph in about 150-200 words to record the  changes by interpreting this data. 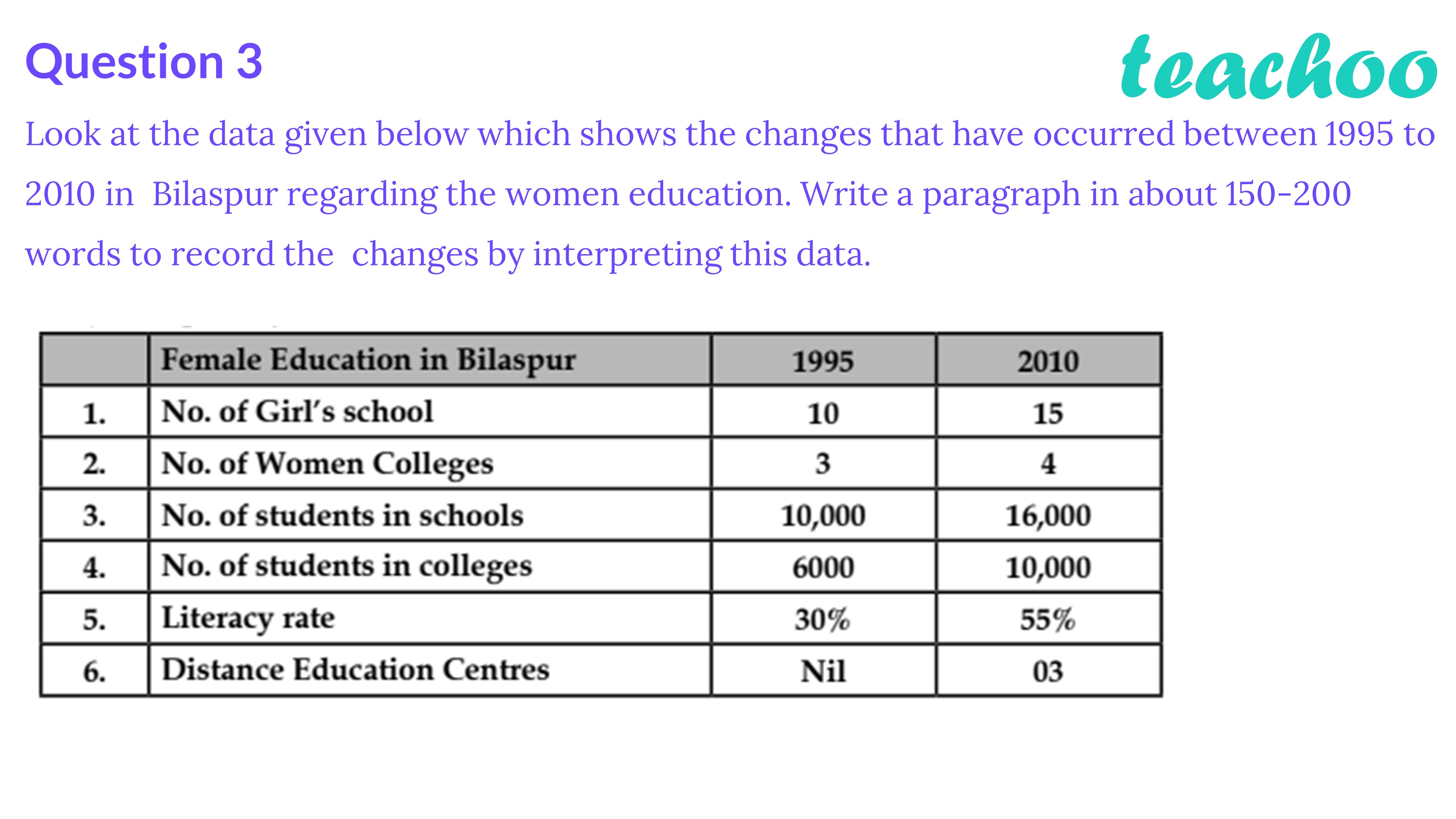 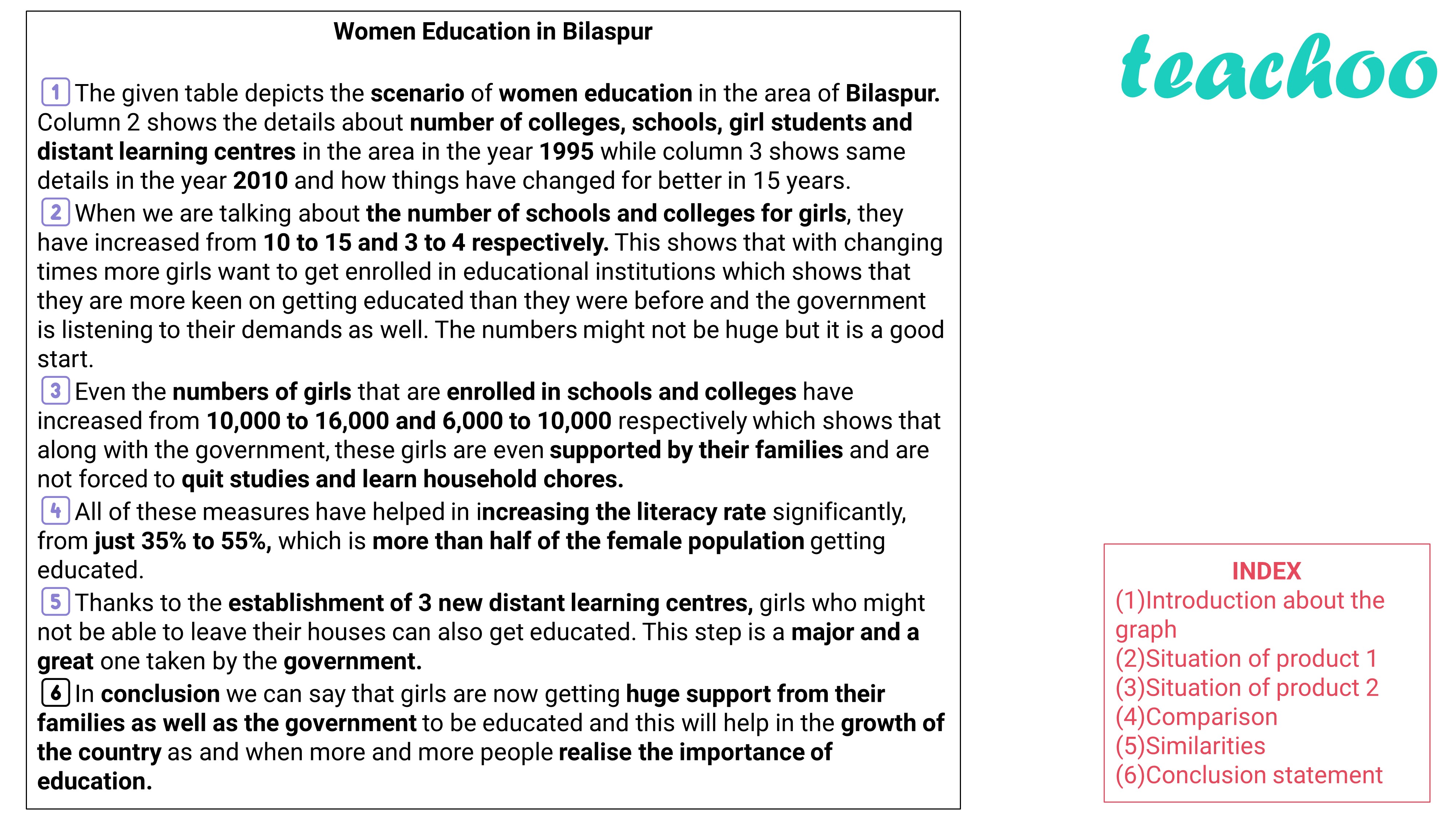 1️⃣The given table depicts the scenario of women education in the area of Bilaspur. Column 2 shows the details about number of colleges, schools, girl students and distant learning centres in the area in the year 1995 while column 3 shows same details in the year 2010 and how things have changed for better in 15 years.

2️⃣When we are talking about the number of schools and colleges for girls , they have increased from 10 to 15 and 3 to 4 respectively. This shows that with changing times more girls want to get enrolled in educational institutions which shows that they are more keen on getting educated than they were before and the government is listening to their demands as well. The numbers might not be huge but it is a good start.

3️⃣Even the numbers of girls that are enrolled in schools and colleges have increased from 10,000 to 16,000 and 6,000 to 10,000 respectively which shows that along with the government, these girls are even supported by their families and are not forced to quit studies and learn household chores.

4️⃣All of these measures have helped in i ncreasing the literacy rate significantly, from just 35% to 55%, which is more than half of the female population getting educated.

5️⃣Thanks to the establishment of 3 new distant learning centres , girls who might not be able to leave their houses can also get educated. This step is a major and a great one taken by the government.

6️⃣In conclusion we can say that girls are now getting huge support from their families as well as the government to be educated and this will help in the growth of the country as and when more and more people realise the importance of education.