The chart below displays data about the number of digital devices purchased in Rishu nagar across  the years 2015-2019. Write a paragraph analyzing the given data. 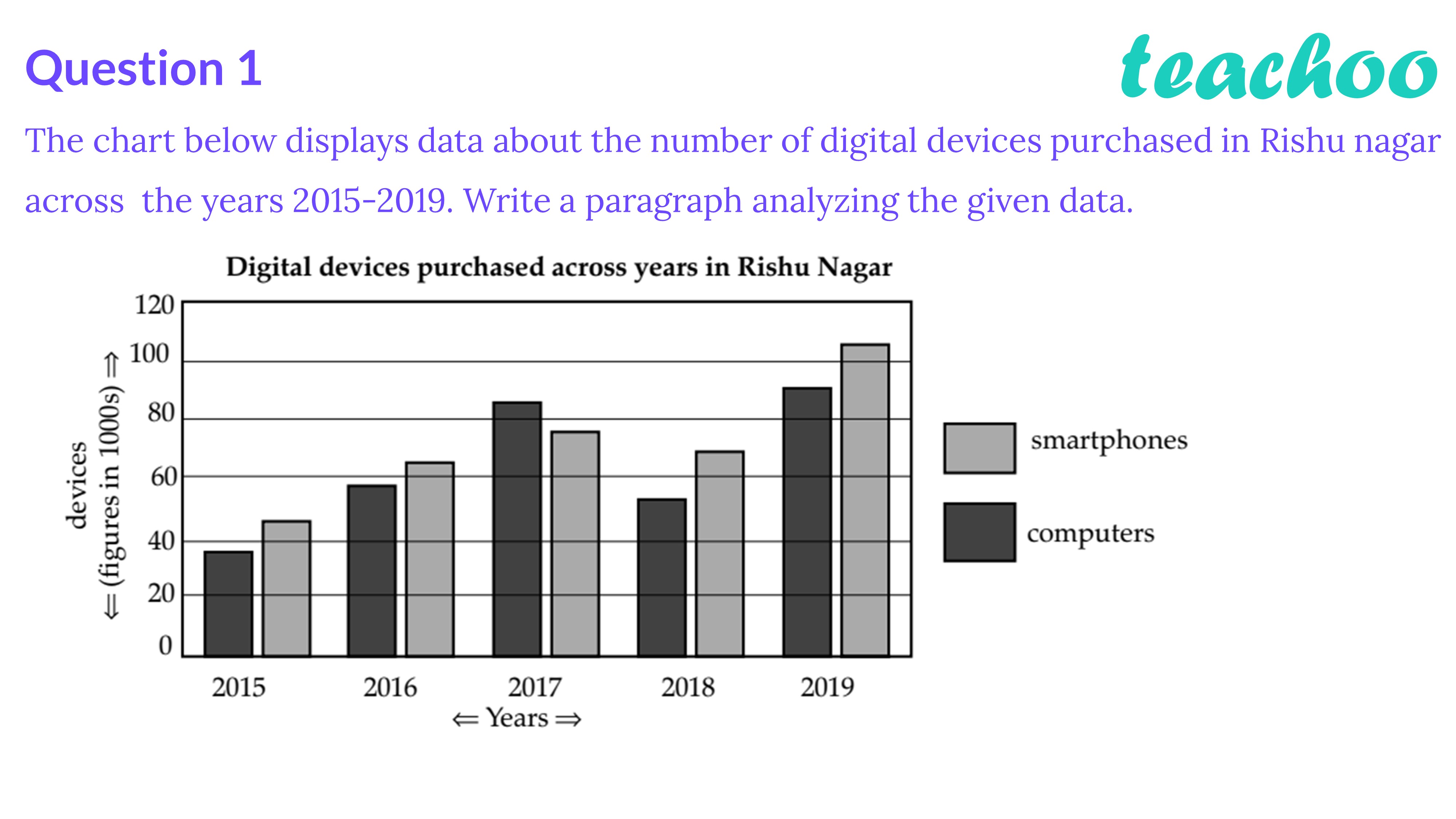 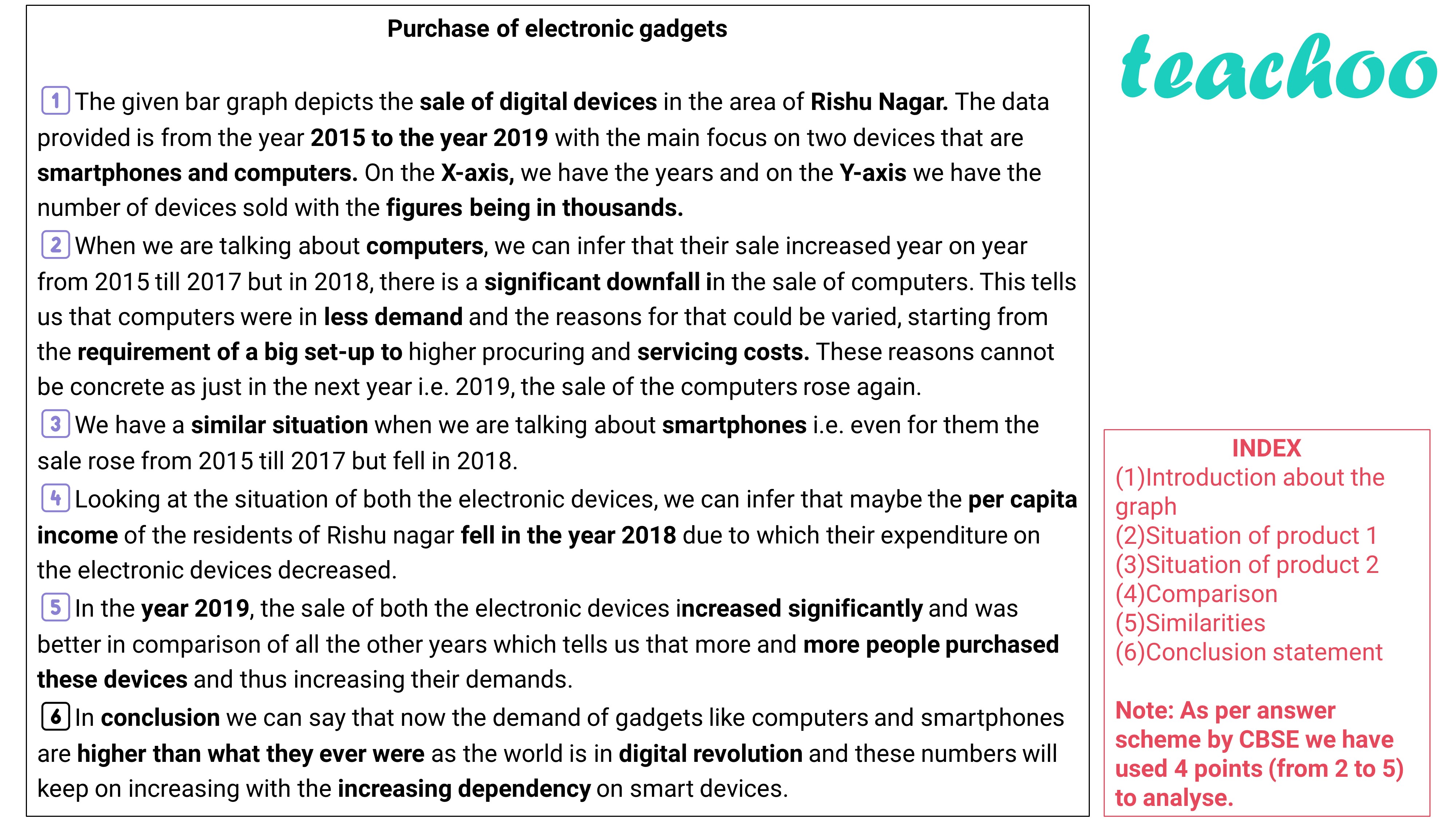 1️⃣The given bar graph depicts the sale of digital devices in the area of Rishu Nagar. The data provided is from the year 2015 to the year 2019 with the main focus on two devices that are smartphones and computers. On the X-axis, we have the years and on the Y-axis we have the number of devices sold with the figures being in thousands.

2️⃣When we are talking about computers , we can infer that their sale increased year on year from 2015 till 2017 but in 2018, there is a significant downfall i n the sale of computers. This tells us that computers were in less demand and the reasons for that could be varied, starting from the requirement of a big set-up to higher procuring and servicing costs. These reasons cannot be concrete as just in the next year i.e. 2019, the sale of the computers rose again.

3️⃣We have a similar situation when we are talking about smartphones i.e. even for them the sale rose from 2015 till 2017 but fell in 2018.

5️⃣In the year 2019 , the sale of both the electronic devices i ncreased significantly and was better in comparison of all the other years which tells us that more and more people purchased these devices and thus increasing their demands.

6️⃣In conclusion we can say that now the demand of gadgets like computers and smartphones are higher than what they ever were as the world is in digital revolution and these numbers will keep on increasing with the increasing dependency on smart devices.

ed the incline of people towards the hi-tech devices.