You are Rohan/Rohini of a Reputed Public school. Your teacher has given you the following graph  that shows cases of violence and social unrest. Interpret the data in about 100-120 words. 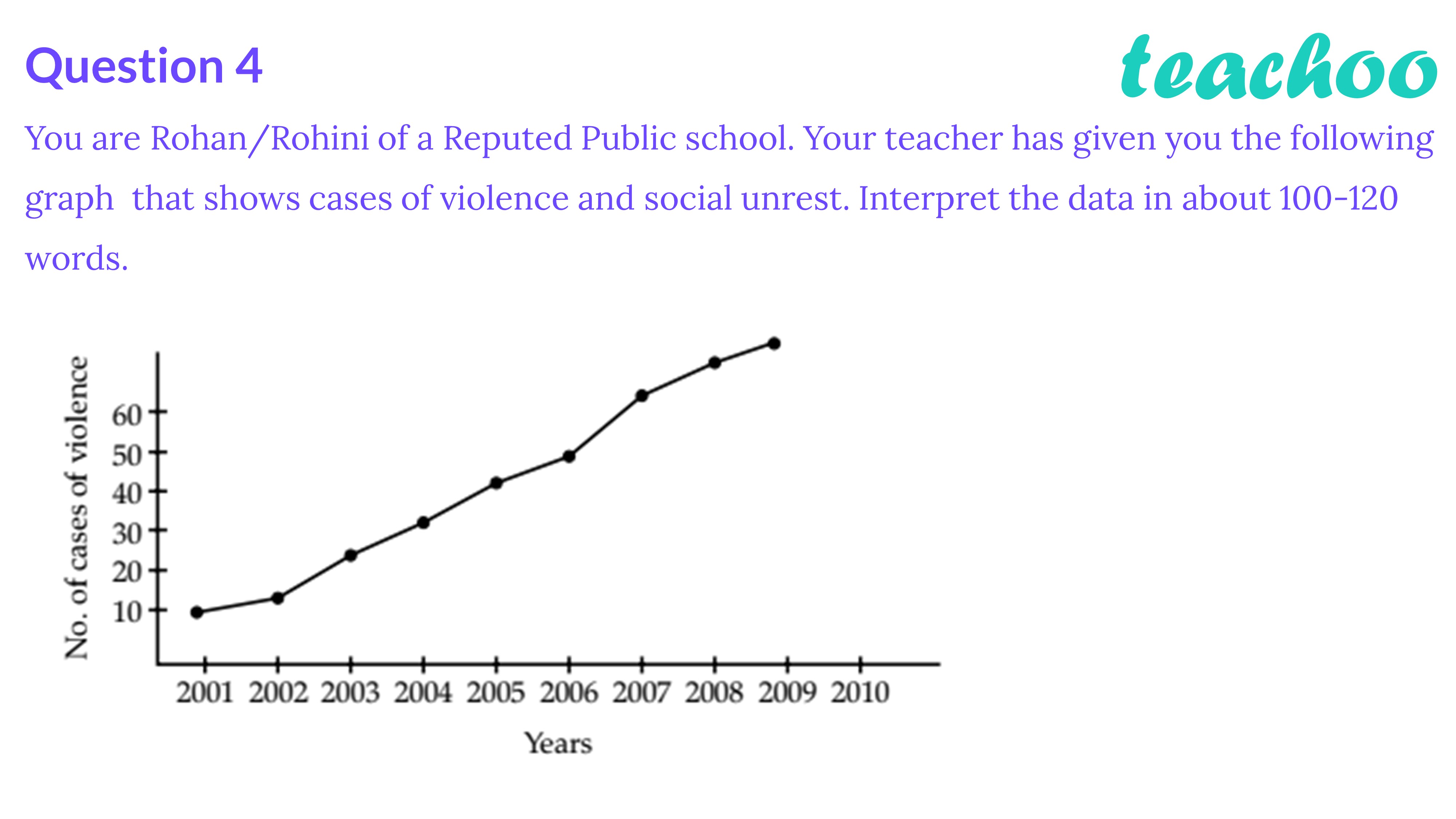 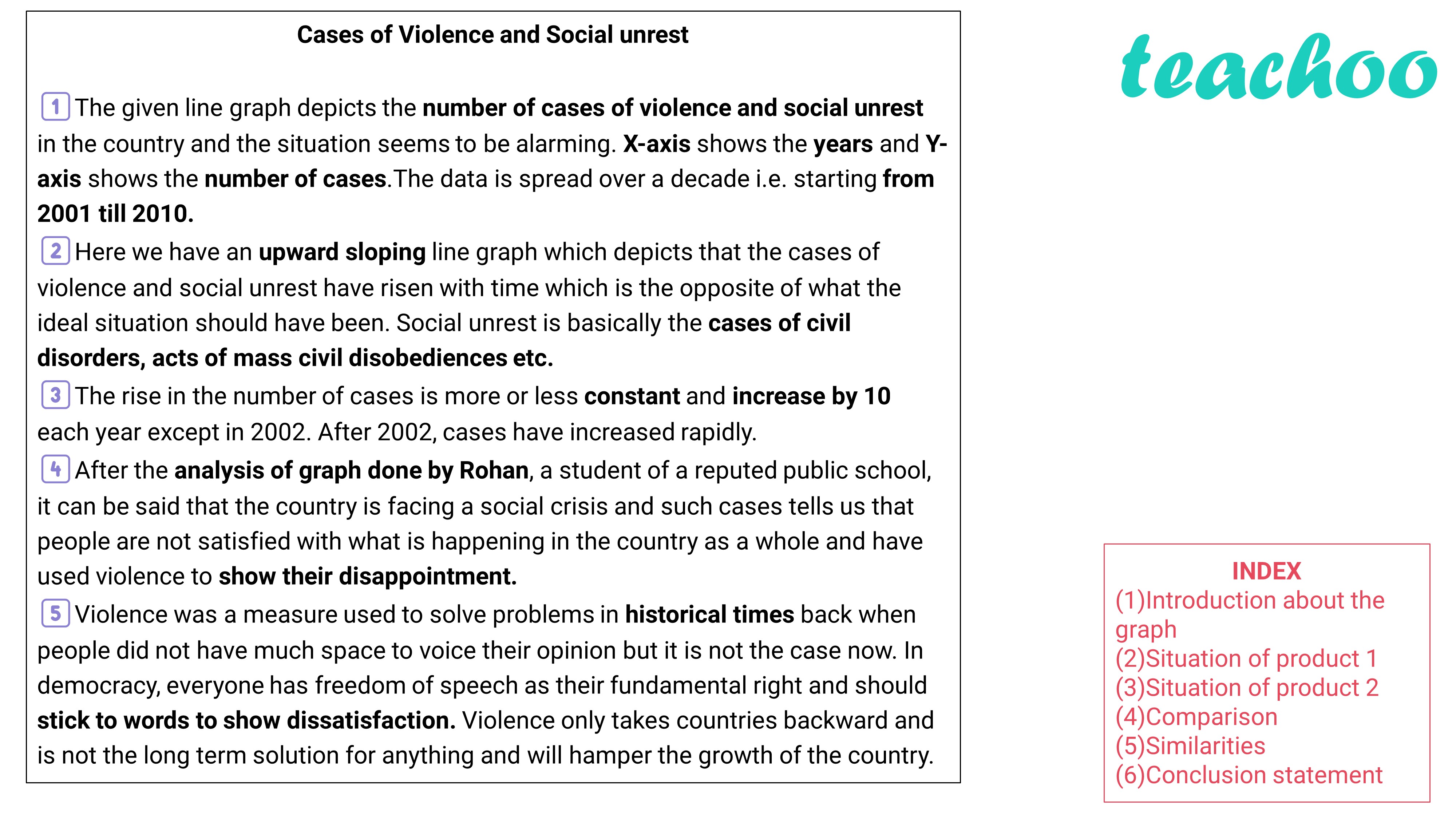 Cases of Violence and Social unrest

2️⃣Here we have an upward sloping line graph which depicts that the cases of violence and social unrest have risen with time which is the opposite of what the ideal situation should have been. Social unrest is basically the cases of civil disorders, acts of mass civil disobediences etc.

3️⃣The rise in the number of cases is more or less constant and increase by 10 each year except in 2002. After 2002, cases have increased rapidly.

4️⃣After the analysis of graph done by Rohan , a student of a reputed public school, it can be said that the country is facing a social crisis and such cases tells us that people are not satisfied with what is happening in the country as a whole and have used violence to show their disappointment.

5️⃣Violence was a measure used to solve problems in historical times back when people did not have much space to voice their opinion but it is not the case now. In democracy, everyone has freedom of speech as their fundamental right and should stick to words to show dissatisfaction. Violence only takes countries backward and is not the long term solution for anything and will hamper the growth of the country.