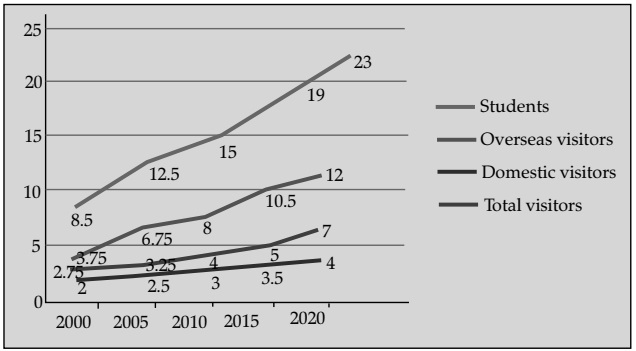 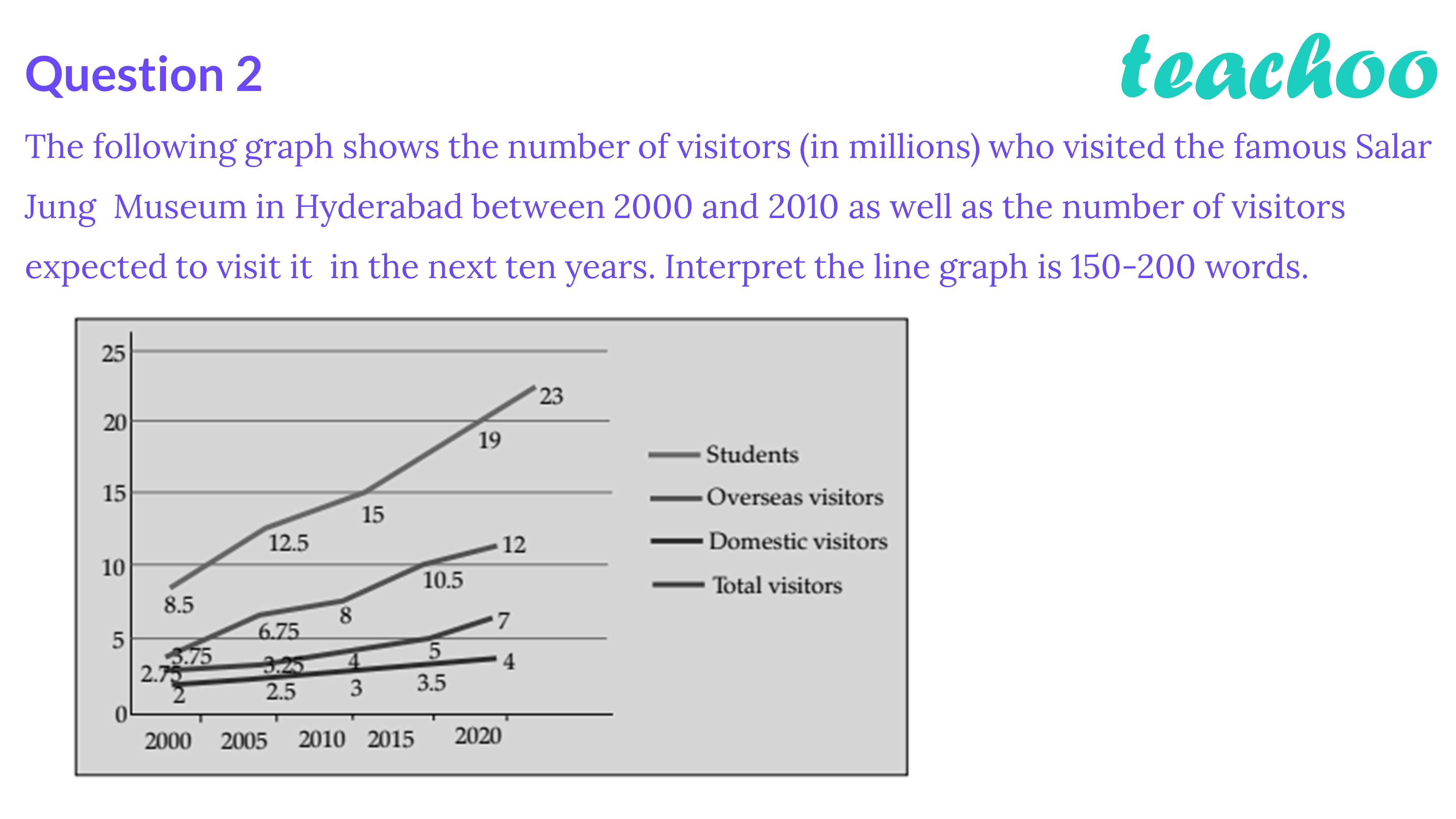 1️⃣The given line graph depicts the footfall in the Salar Jung museum in Hyderabad. The data provided is spread over two decades , from the year 2000 to the year 2020 with the first ten years showing the actual footfall and next 10 years showing the predicted footfall . On the X-axis, we have the years and on the Y-axis we have the number of visitors in millions. The graph is further bifurcated into 4 different categories that are students; domestic visitors; international visitors and total visitors.

2️⃣When we are talking about students , we can infer that their footfall increased year on year from 2000 till 2010 from 2.75 million to 4 million with further prediction of an increase by 3 million in the next ten years. This shows that students are becoming more curious to know about the history of the city which is good sign as it will enhance their knowledge.

3️⃣We have an even better situation when we are talking about the overseas visitors. The rise in their footfall is even more rapid which is a good news for our economy which thrives on tourism as a major contributor to the GDP.

4️⃣Talking about the domestic visitors , the growth is there but it is not as rapid as that of international visitors which shows us that people of our own country are less interested in our history but their numbers are predicted to rise in the future which is a good sign.

5️⃣Thanks to the international tourists and students, the footfall has increased from 8.5 million to 15 million and is expected to rise even further till 23 million, which is almost a three - fold increase in the number of total visitors.

6️⃣In conclusion we can say that people are now eager to learn more about historical stuff than they were before and are keen to know about our country’s heritage. This will help in the growth of the tourism industry and will further help the Indian economy as a whole.