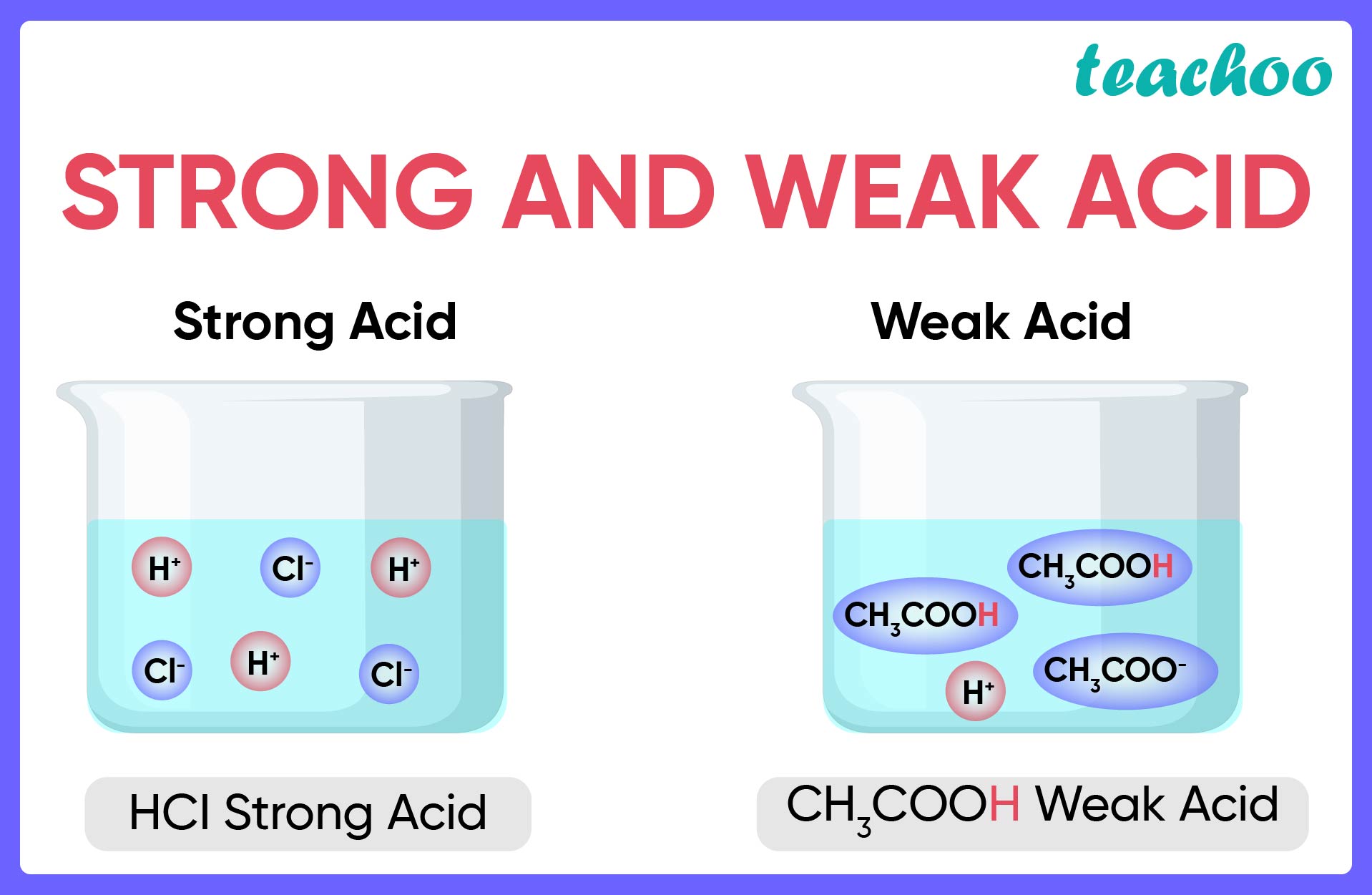 The two acids given are HCl and CH 3 COOH. HCl is a strong acid since it dissociates completely to produce H + ions.

The single arrow in the above reaction shows that HCl is completely ionised.

On the other hand,

CH 3 COOH is a weak acid and does not dissociate completely.

The double arrow pointing towards both left and right show that CH 3 COOH has not completely ionised.

Hence, when an equal length of Magnesium ribbon (a metal) is added to 2 test tubes,

The test tube in which HCl is added (Test Tube A) will show more fizzing because strong acids react more vigorously with Metals to produce salt and Hydrogen gas.

The chemical equation can be written as follows: