Compounds such as alcohols and glucose also contain hydrogen but are not categorised as acids. Describe an Activity to prove it.

Acids are identified with their capability to ionise and dissociate completely to produce H + ions.Substances like HCl, H 2 SO 4 etc ionise completely to give H + ions and are thus called acids.

On the other hand, substances like alcohol and glucose do contain Hydrogen but  do not ionise to produce H + ions in an aqueous medium. Hence, they are not categorised as acids.

We know that acids conduct electricity in aqueous medium but substances like alcohol and glucose don't.

(i) Take solutions of HCl , H 2 SO 4 , Alcohol and Glucose in beakers. All these are hydrogen containing compounds.

(ii) Fix two iron nails on a rubber cork and place the cork in a beaker. Connect the nails to the two terminals of a 6 Volt battery through a switch and a bulb. Pour some HCl into the beaker and switch on the current. You will see that the bulb starts glowing.

(iii) Repeat the same with H 2 SO 4 and again you will notice the bulb glowing.

(iv) On repeating the same experiment with Glucose or alcohol solution in the beaker we see that the bulb does not glow. 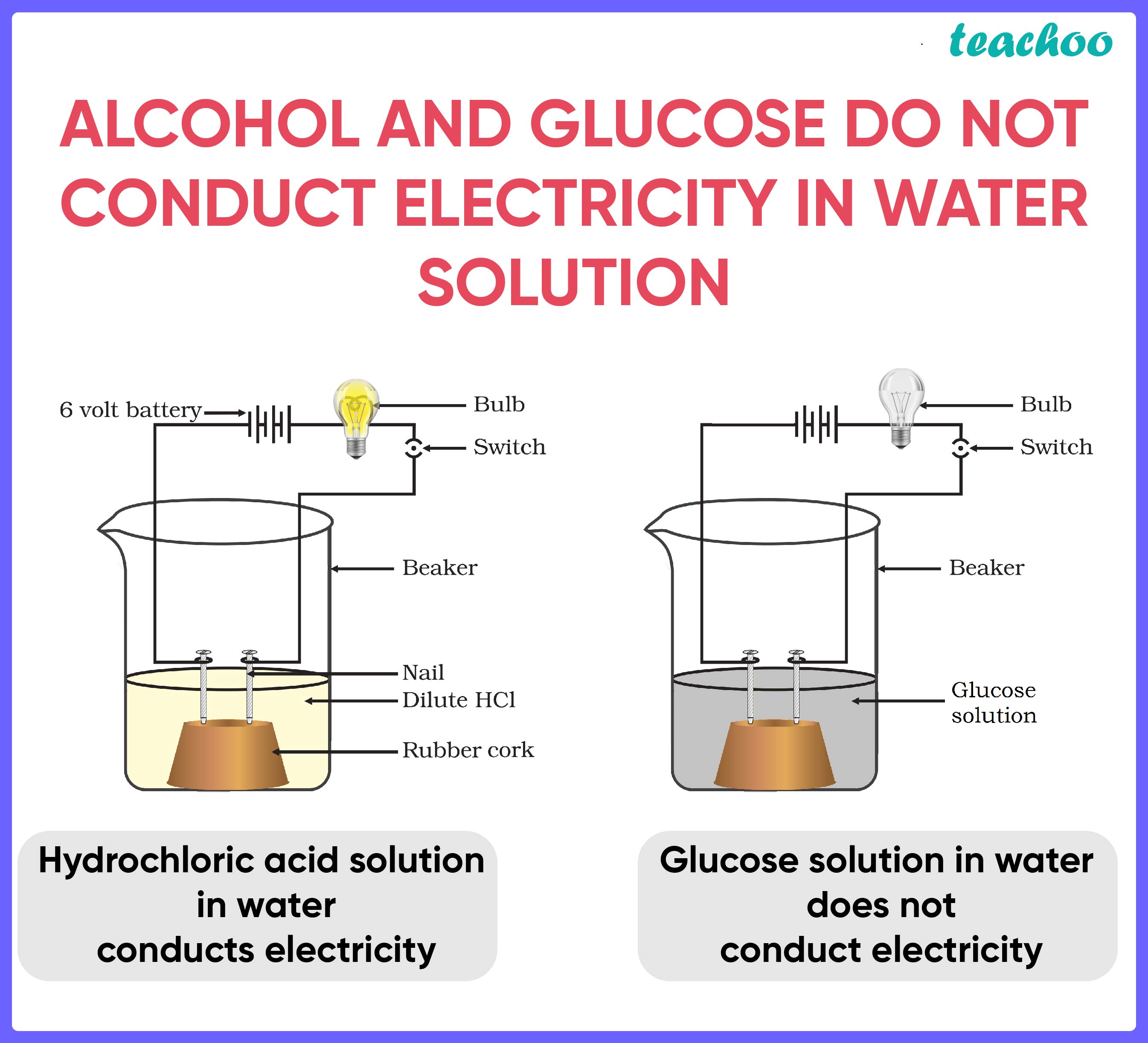 Conclusion : Thus it is proved that H 2 SO 4 and HCl conduct electricity because of the presence of H + ions and are thus categorised as acids. Whereas on the other hand glucose and alcohol do not dissociate into H + ions and thus are not categorized as acids.