The ability to see is called vision

In order to see clearly, the light from object must get focused on the retina.

If it doesn't, the object becomes blurred and we are not able to see

This inability to see is called Defects of Visiion

The common defects of the eye are

Let's look at them one by one

It is also called shortsightedness

It is caused because

It is corrected by using concave lens of suitable power

It helps to form image on the retina 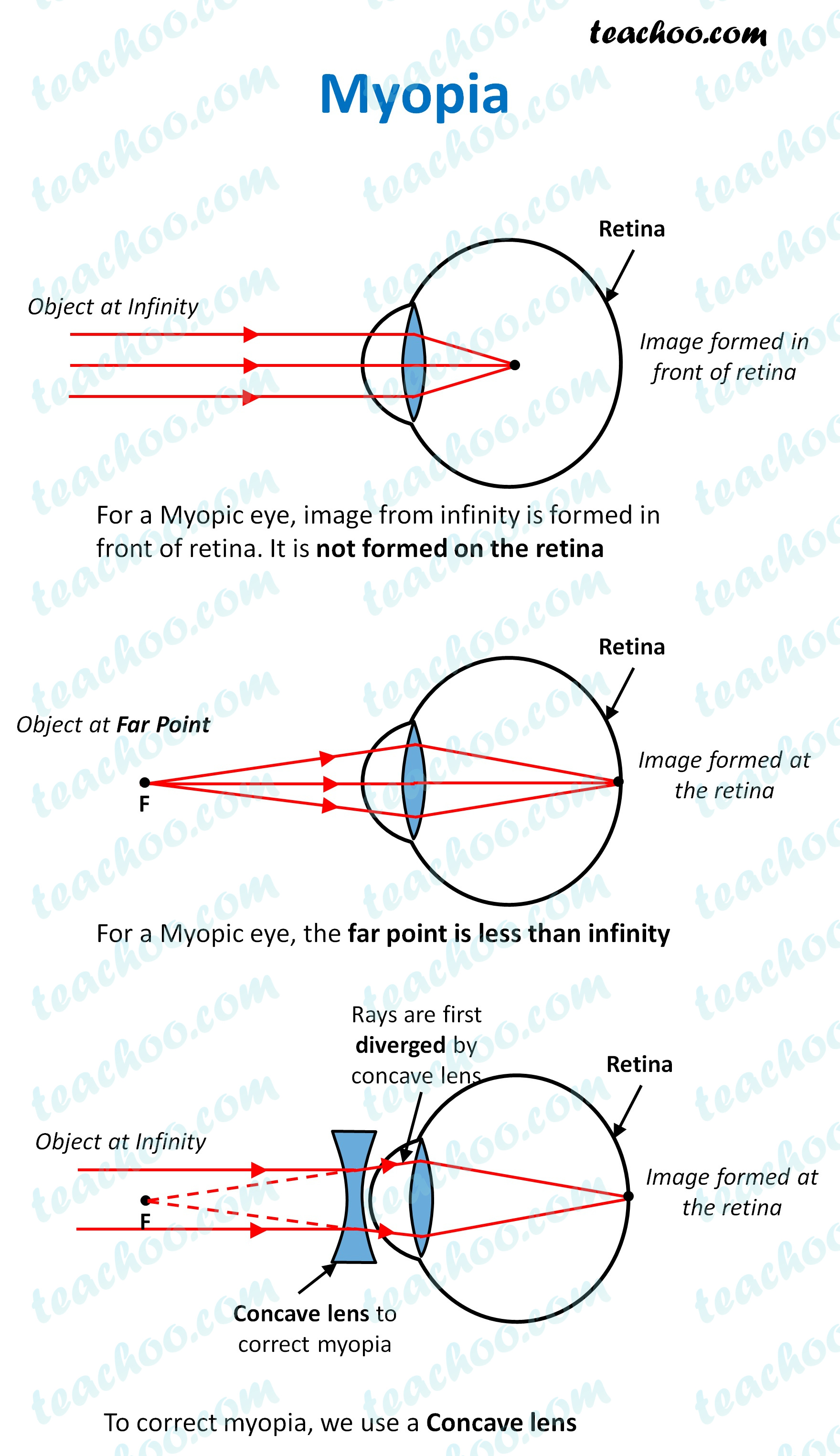 To correct myopia, a concave lens is used. So, focal length is negative

Object distance (u) is taken as infinity (∞)

It is called long sightedness

It is caused because

It is corrected by using convex lens of suitable power

It helps to form image on the retina 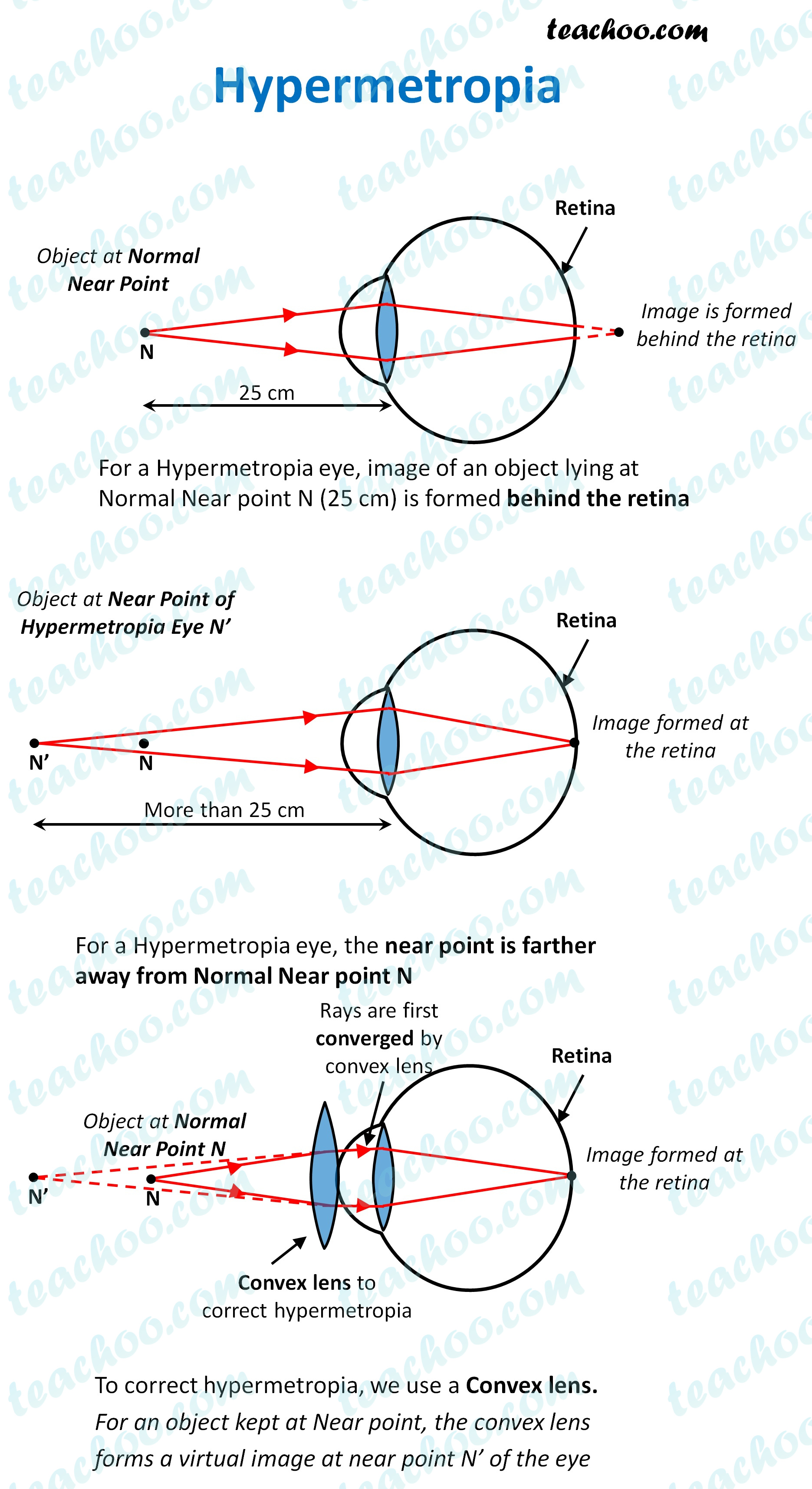 To correct hypermetropia, a convex lens is used. So, focal length is positive

Object distance (u) is taken as normal near point of the eye (25 cm). Since object is in front of lens, it will be -25 cm

And image distance (v) is person's near point

Hence, they lose their power of accomodation.

It is caused due to

What are Bifocal Lens? 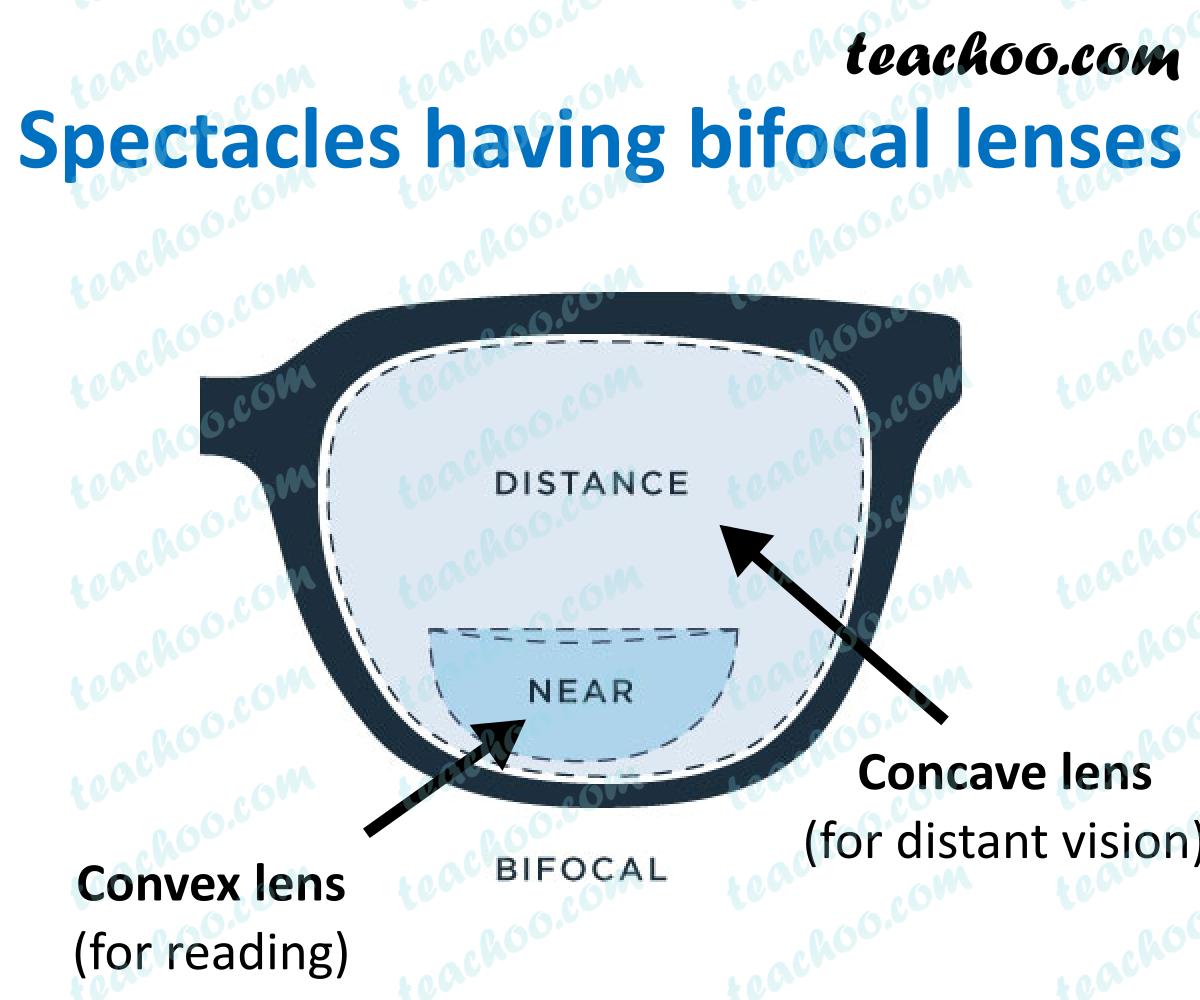 Next: Refraction of light through a prism →
Facebook Whatsapp