Let's study the structure and function of the eye

How does Our Eyes help us to see?

Our Eyes are based on principle of Refraction of Light

Light enters eyes, get refracted from cornea and eye lens and forms image on the screen called retiina

What kind of Image is formed by eyelens on retina?

Since eye lens is convex lens

It forms an inverted real image of the object

Note - Though image formed is inverted, our brain interprets image as errect

What is Shape of Human Eye?

It is approximately spherical in shape

What are Different Parts of Human Eye? 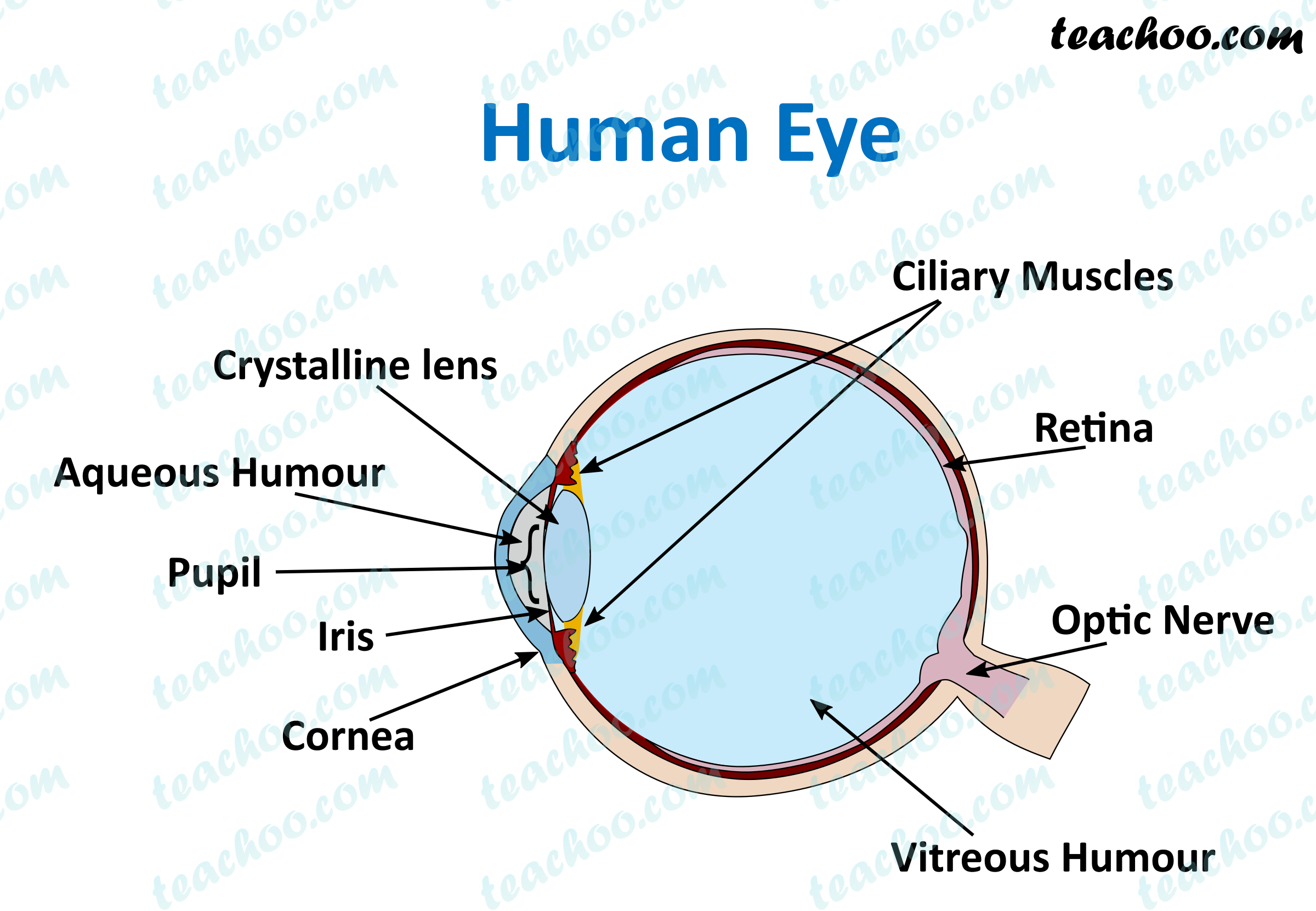 Behind the cornea, there is dark muscular structure

It is called iris

The colour of the iris of different people is different.

Some have brown eyes, some black, some blue

So, Iris gives color to the eye

In iris,there is a small opening called pupil

Note: Pupil is the hole in the middle of iris 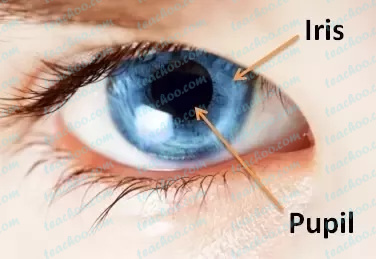 Behind the pupil, there is convex lens which is called crystalline lens or eye lens

It helps in changing shape of lens

This helps lens to focus

It is a delicate membrane (layer) on back of eye

Image is formed on the retina

There are 2 types of cells

It helps in changing shape of lens

This helps lens to focus

Function of Iris and Pupil

Iris regulates the amount of light entering the eye

In the day, the amount of light entering our eyes is large

So, the iris contracts the pupil to allow less light to enter

In the night , the amount of light entering our eyes is small

So, the iris expands the pupil to allow more light to enter

The Function of Iris and Pupil is explained here