Chapter 10 Class 10 Light - Reflection and Refraction.pdf
The password to open the file is -    teachooisbest

Define power of a lens. What is its unit?

One student uses a lens of focal length 50 cm and another of –50 cm. What is the nature of the lens and its power used by each of them? 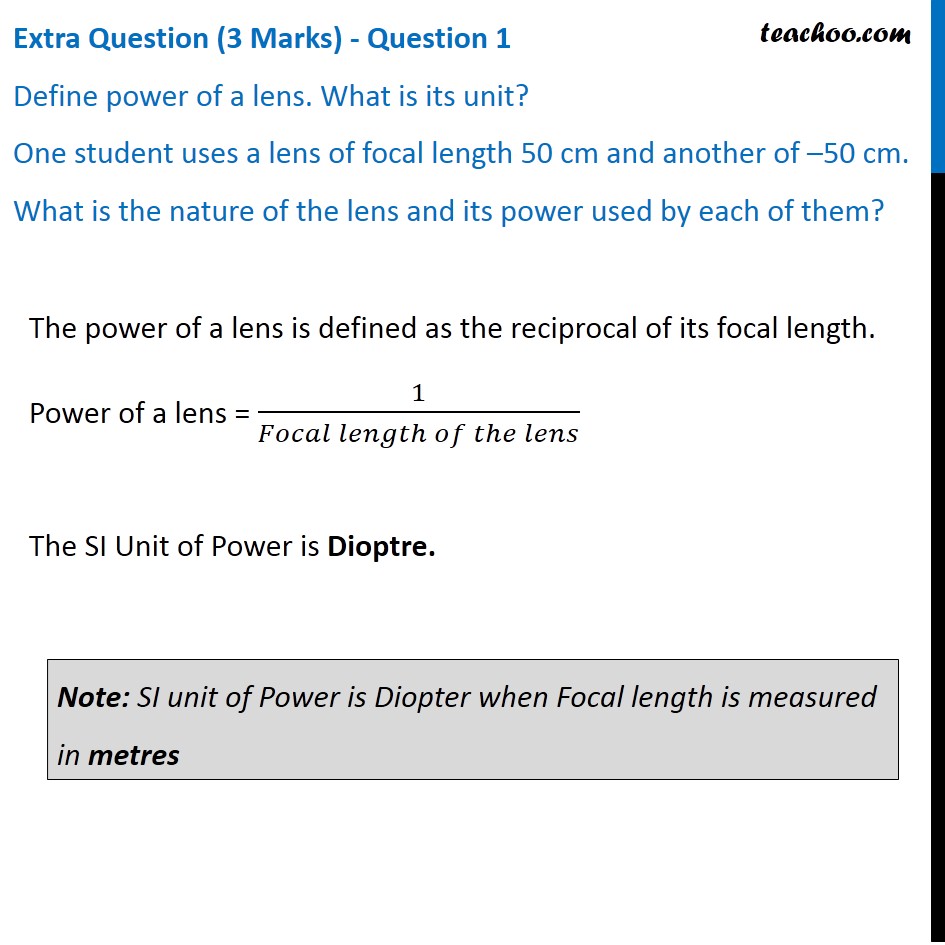 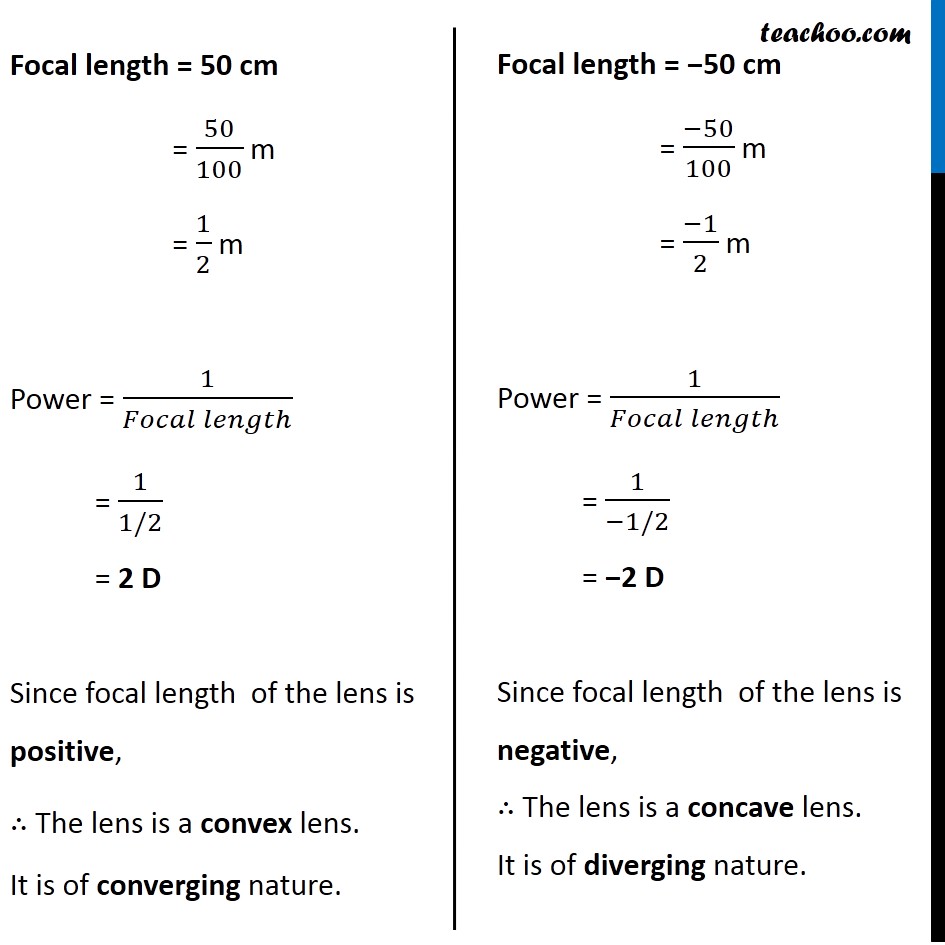 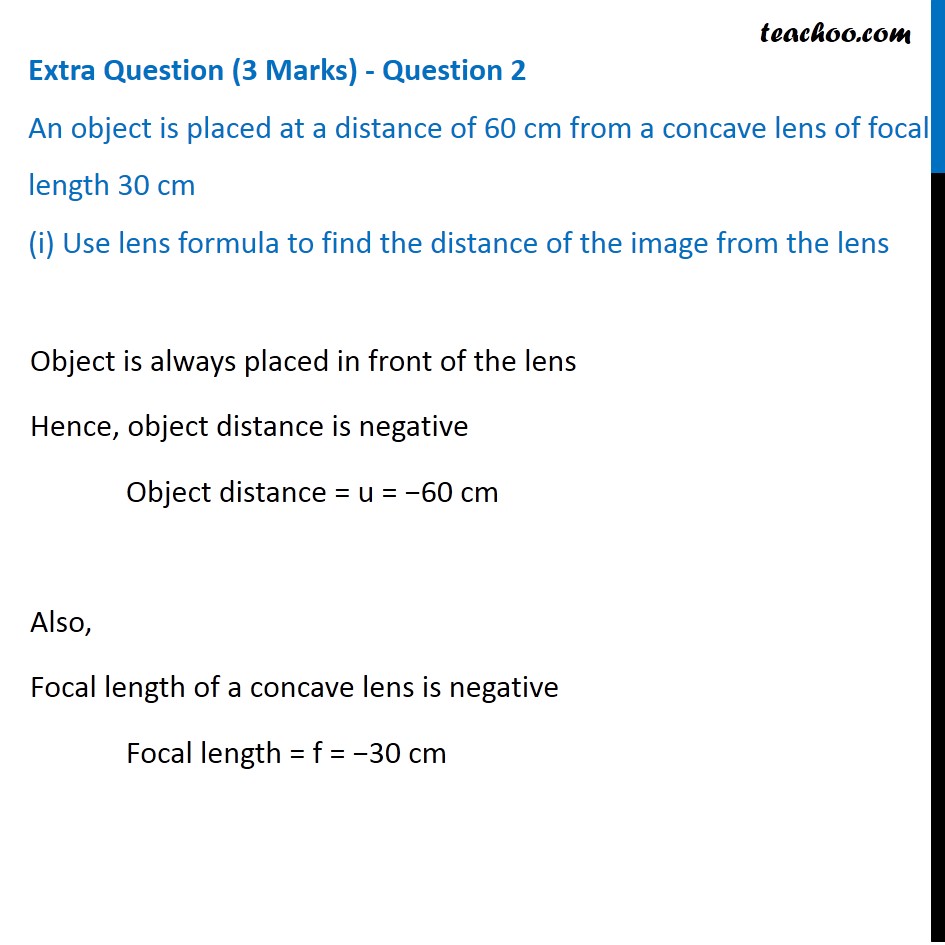 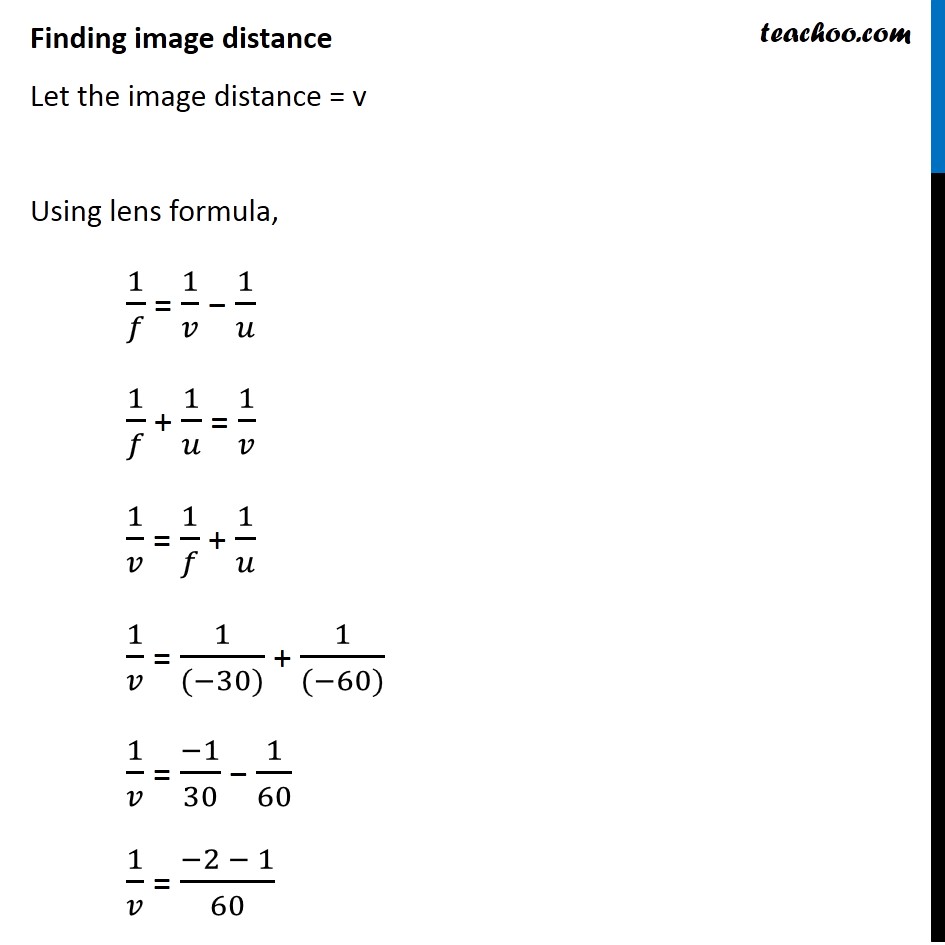 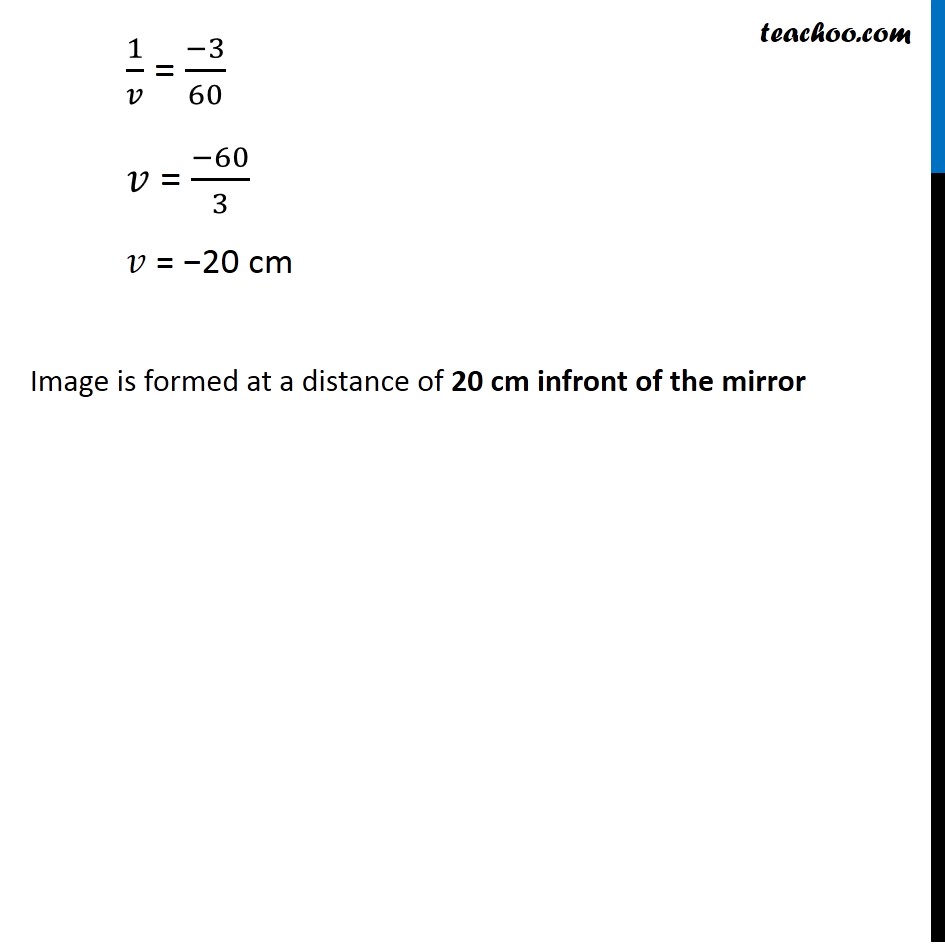 (ii) List four characteristics of the image (nature, position, size, erect/inverted) formed by the lens in this case

The image formed by the concave lens is

Diminished (smaller than the size object)

List four precautions which a student should observe while determining the focal length of a given convex lens by obtaining an image of a distant object on a screen.

The student should take the following precautions 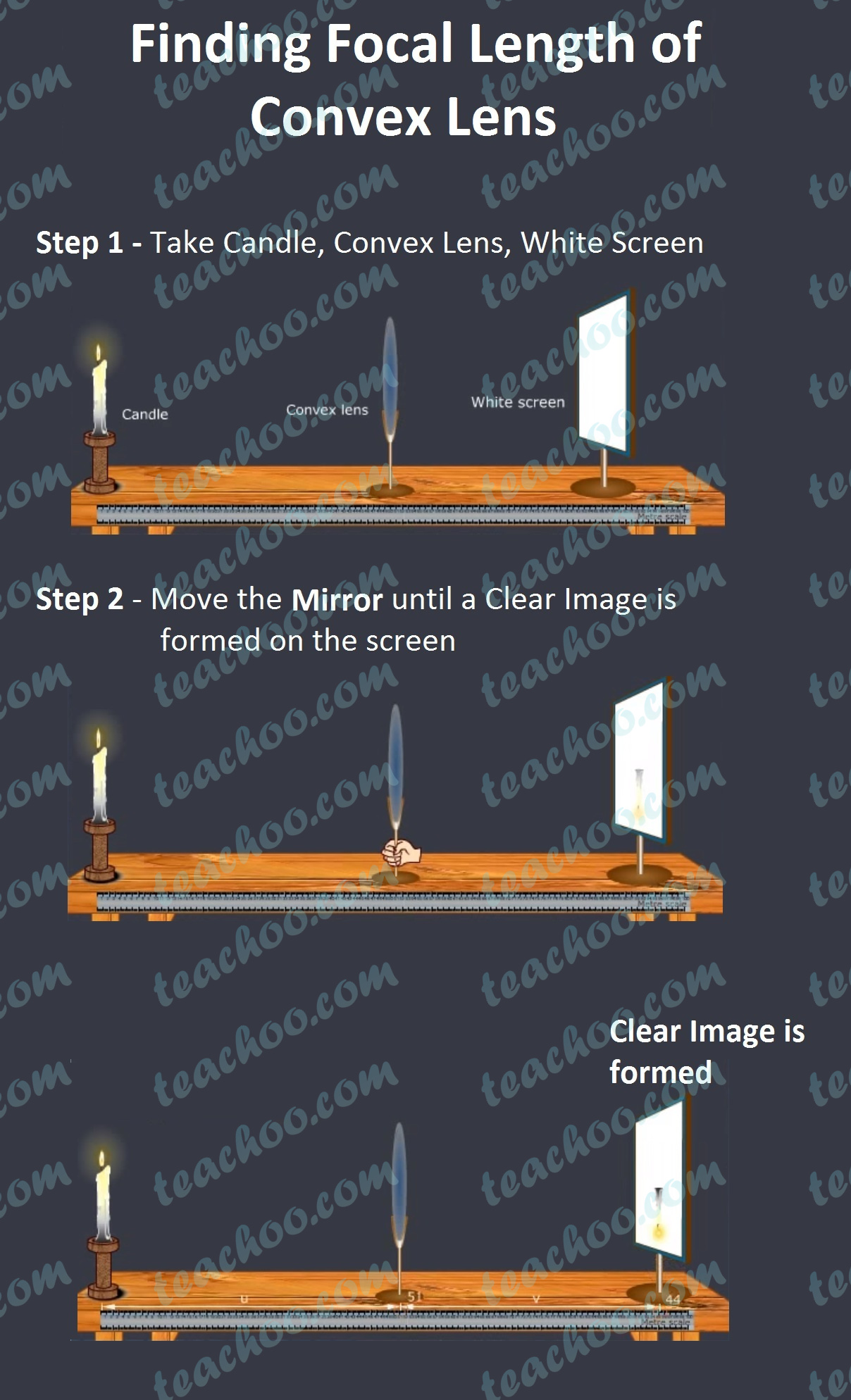 While tracing the path of a ray of light passing through a rectangular glass slab a student tabulated his observations. If in his experiment for two readings he takes two values of angle of incidence as 40 and 50, what should be the correct values of angle of emergence and angle of r in each case? 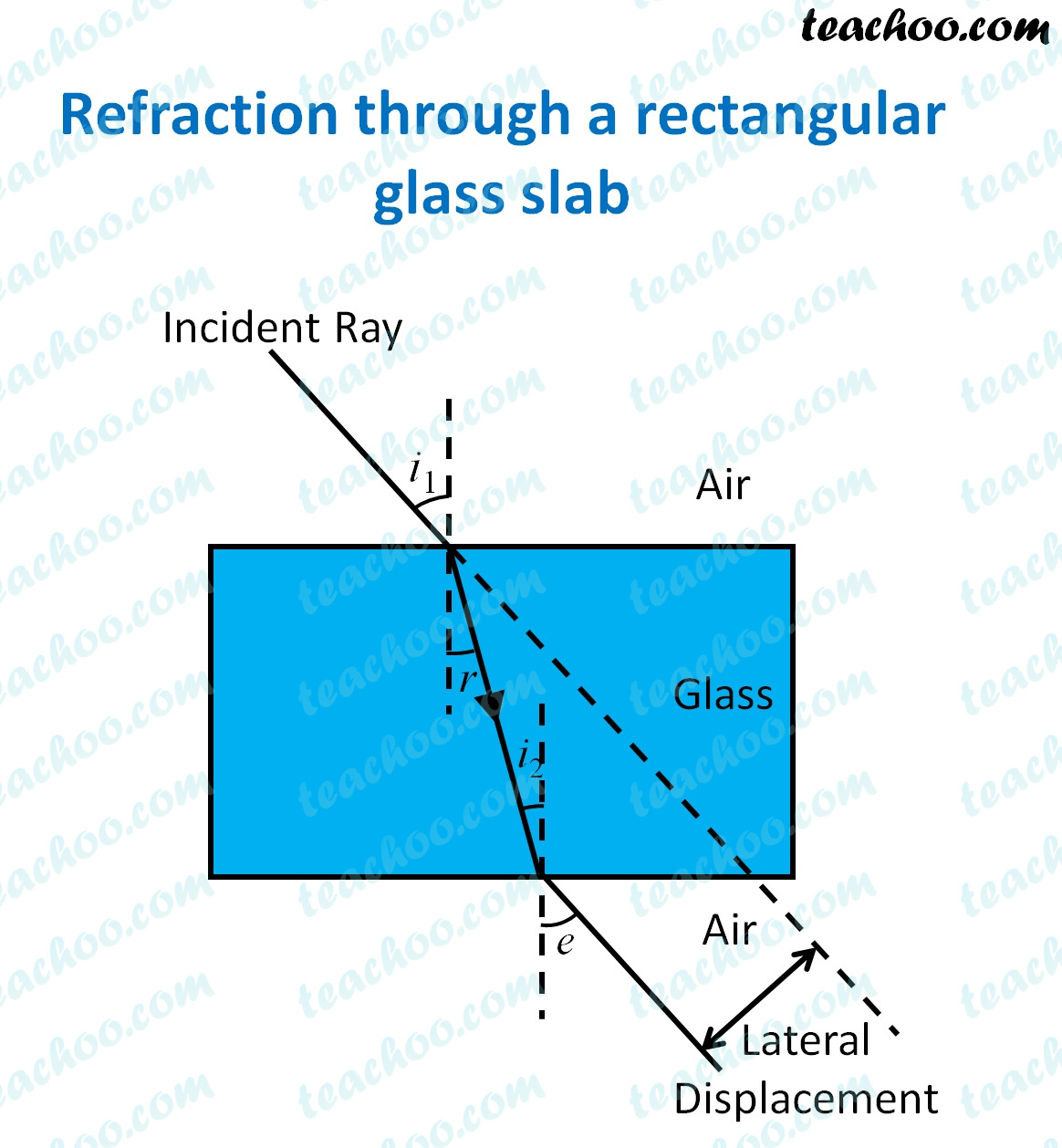 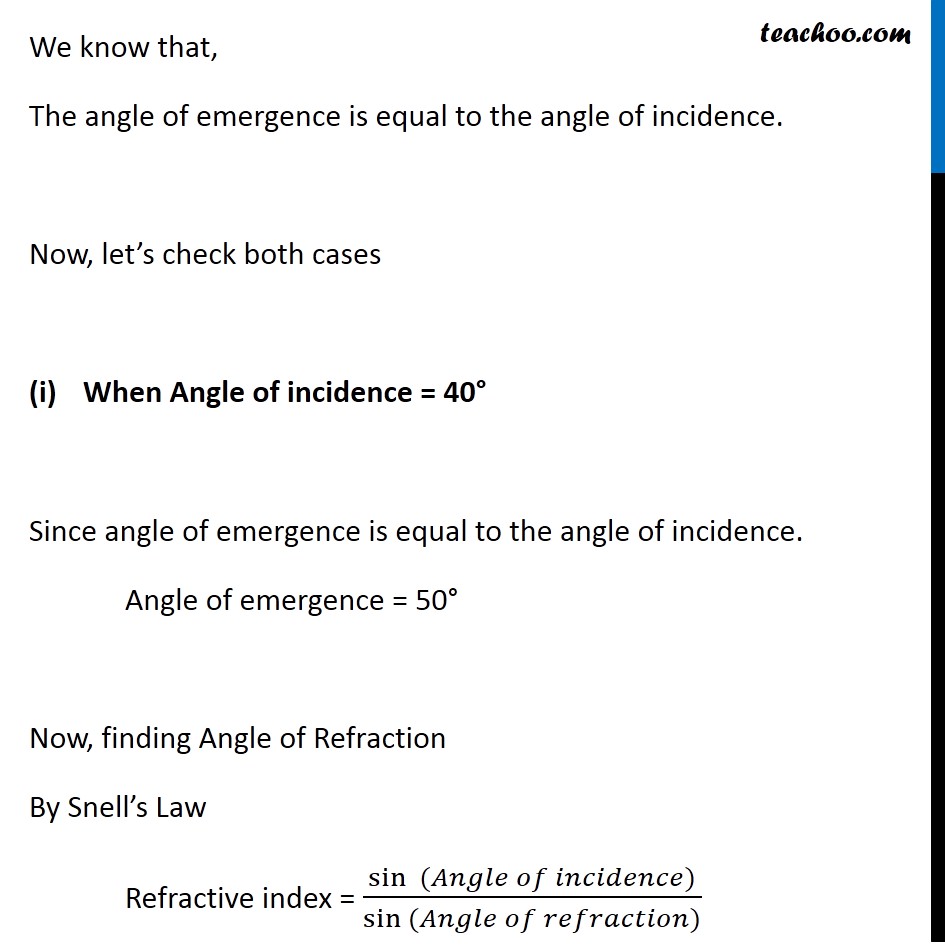 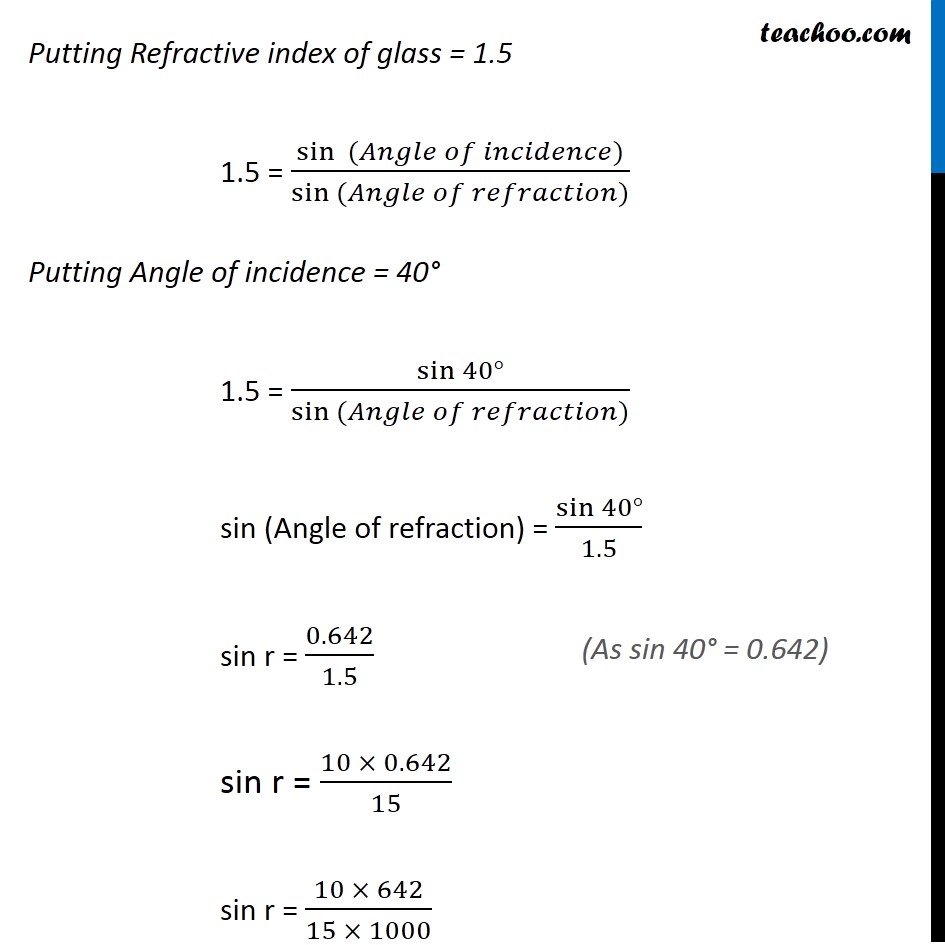 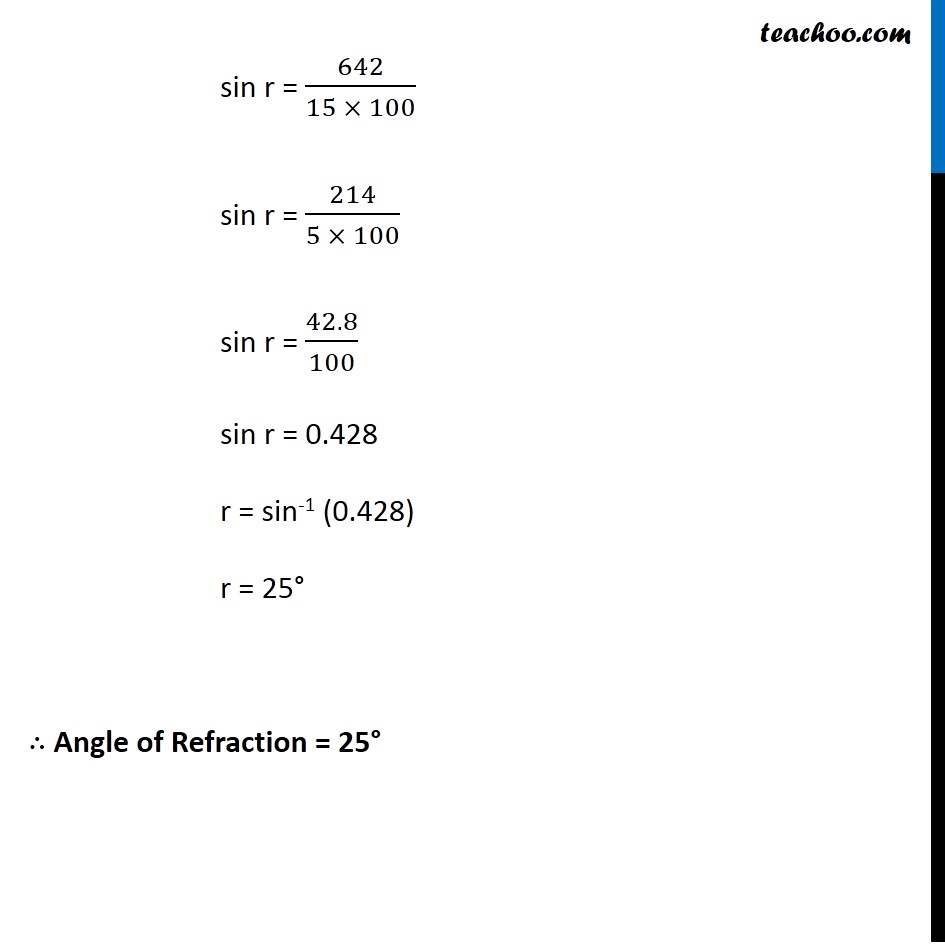 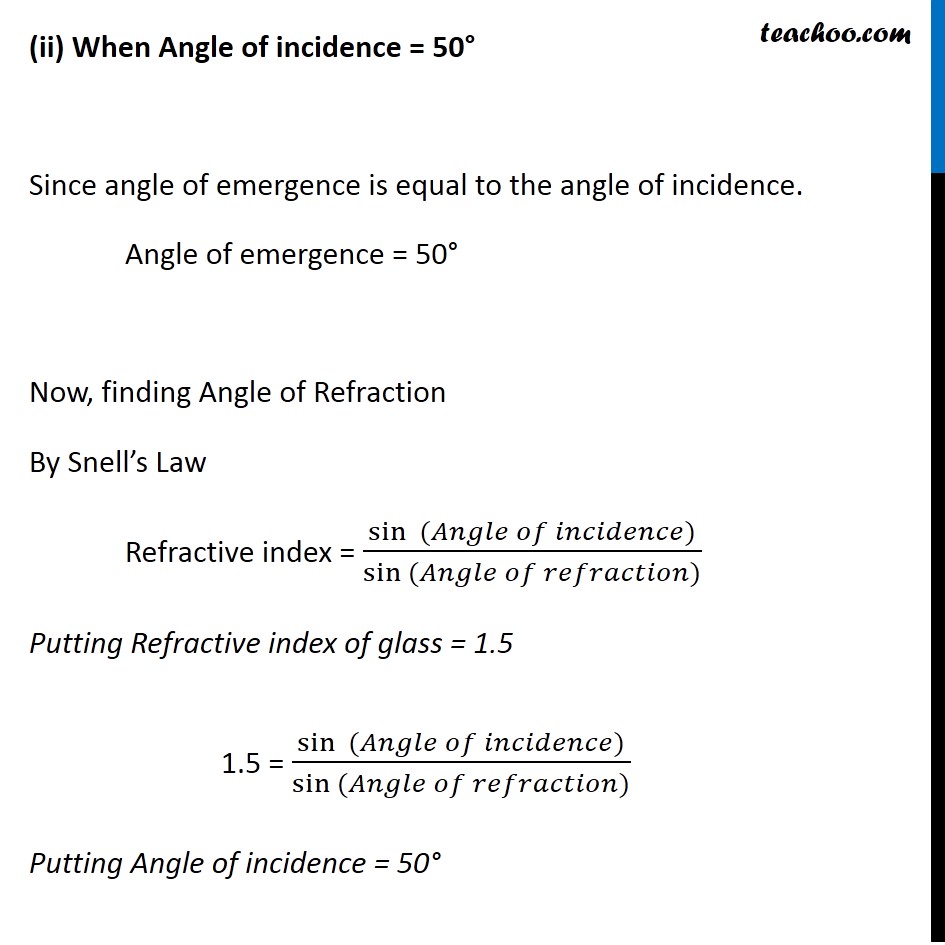 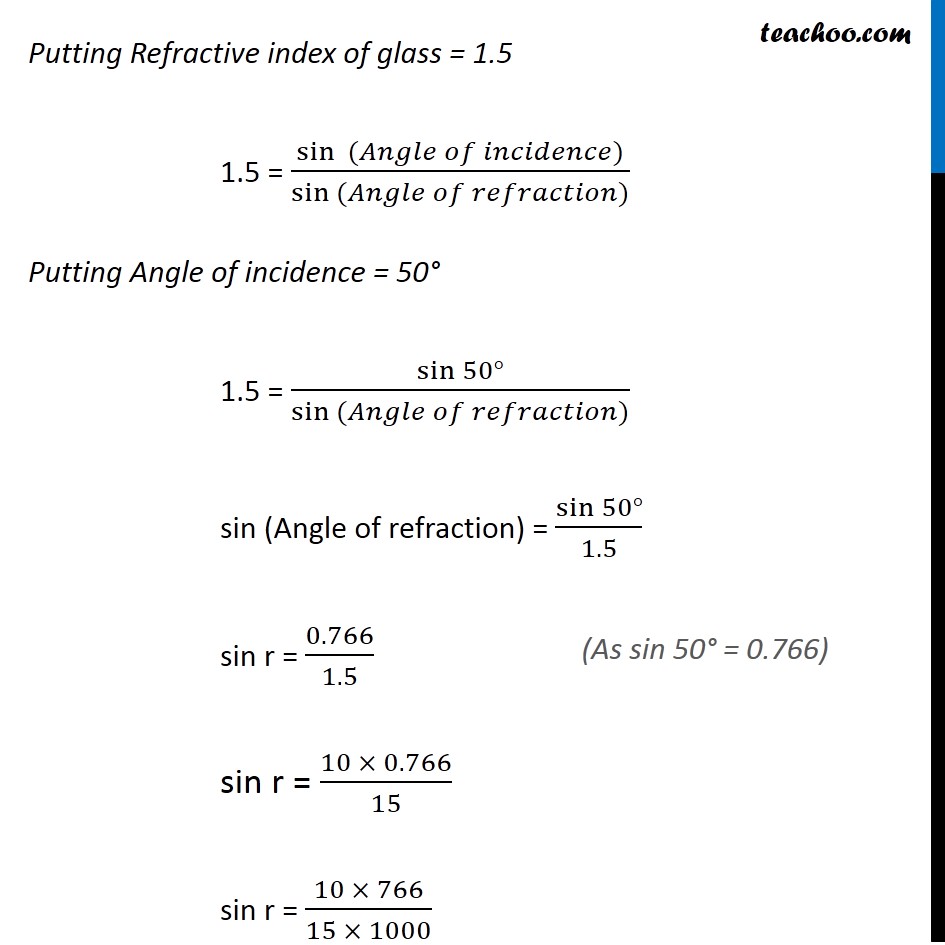 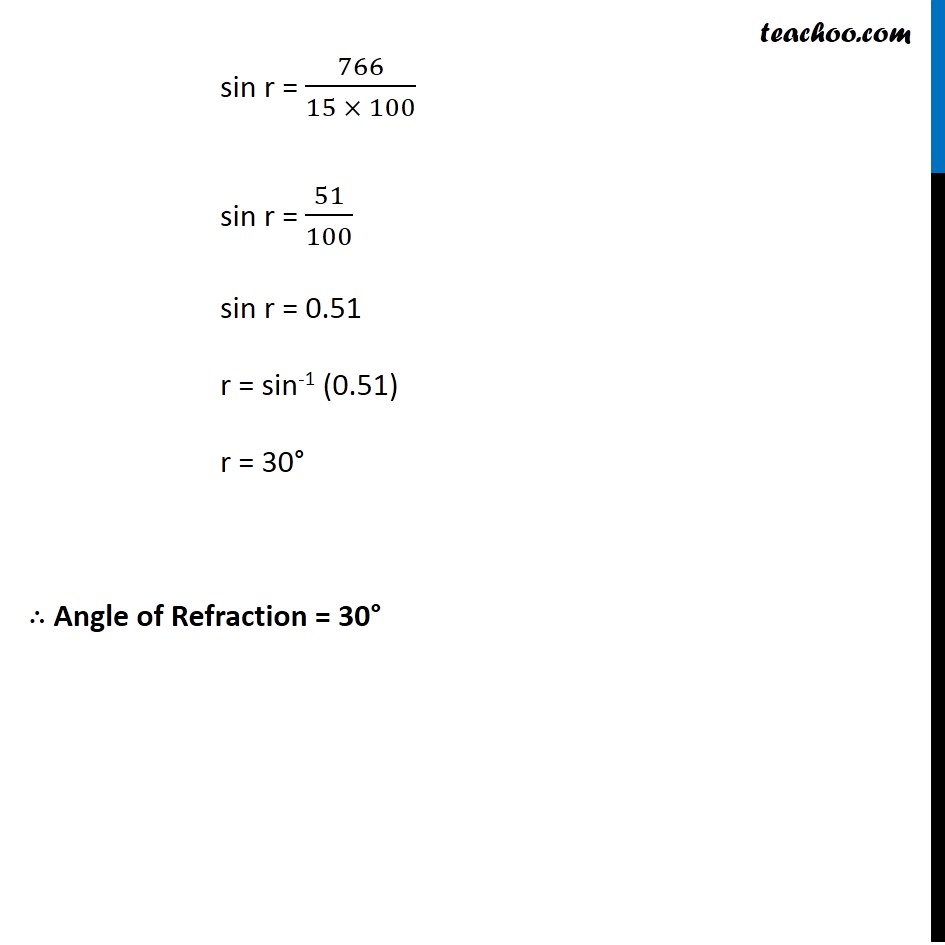 If the image formed by a spherical mirror for all positions of the object placed in front of it is always erect and diminished, what type of mirror is it?

Draw a labelled ray diagram to support your answer.

Only a convex mirror always forms an erect and diminished image. 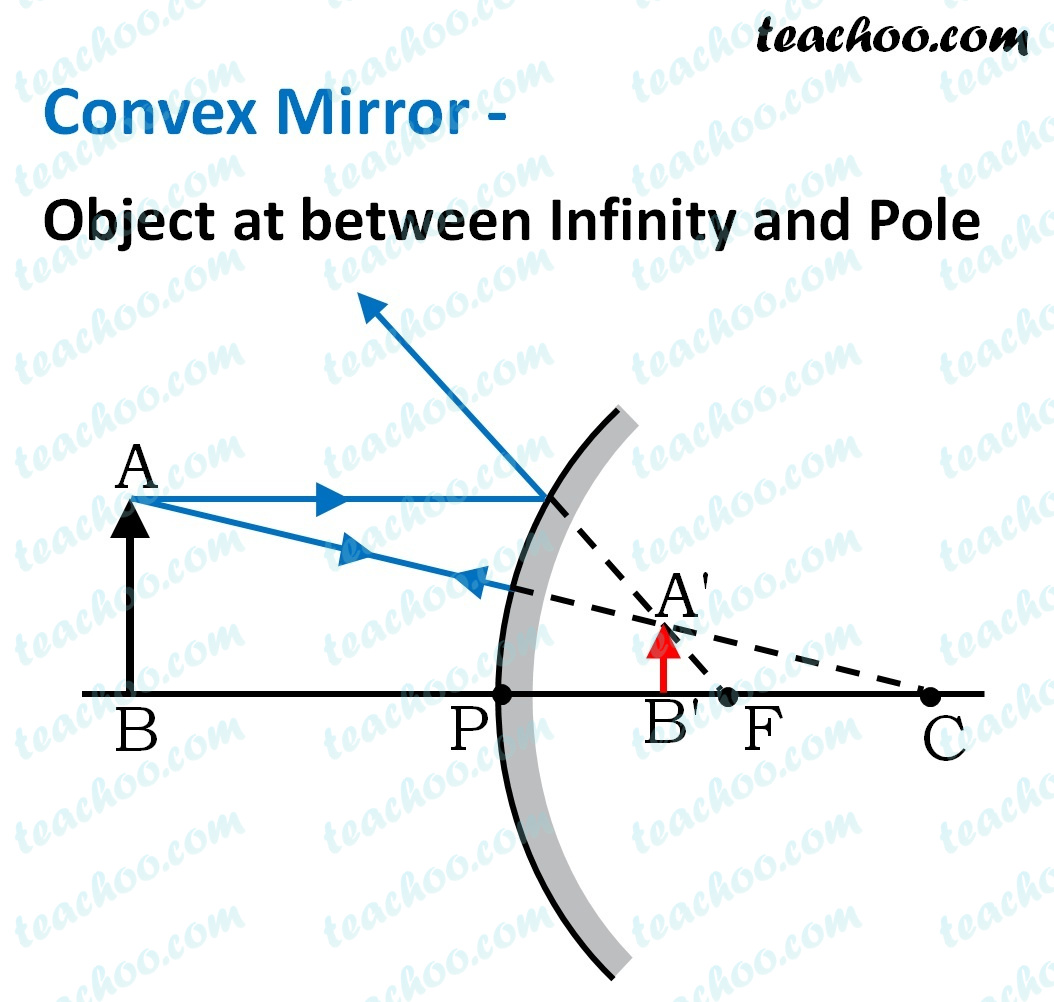 State the laws of refraction of light. Explain the term ‘absolute refractive index of a medium’ and write an expression to relate it with the speed of light in vacuum.

The two laws of refraction of light are

Consider the path of a ray of light passing through a rectangular glass slab for different angles of incidence.

(i) Which one is greater: angle of incidence or angle of refraction?

(ii) What happens to the emergent angle on increasing the incident angle at air-glass interface?

(iii) State the conditions when no bending occurs.

(i) The ray of light enters from air to glass

Hence, it goes from rarer medium to denser medium.

As the light enters from rarer to denser medium, it moves towards the normal.

Angle of incidence will be greater.

Angle of Emergence = Angle of Incidence

(ii) There can be two conditions where no bending occurs

Rohit focused the image of a candle flame on a white screen using a convex lens. He noted down the position of the candle , screen and lens as under : 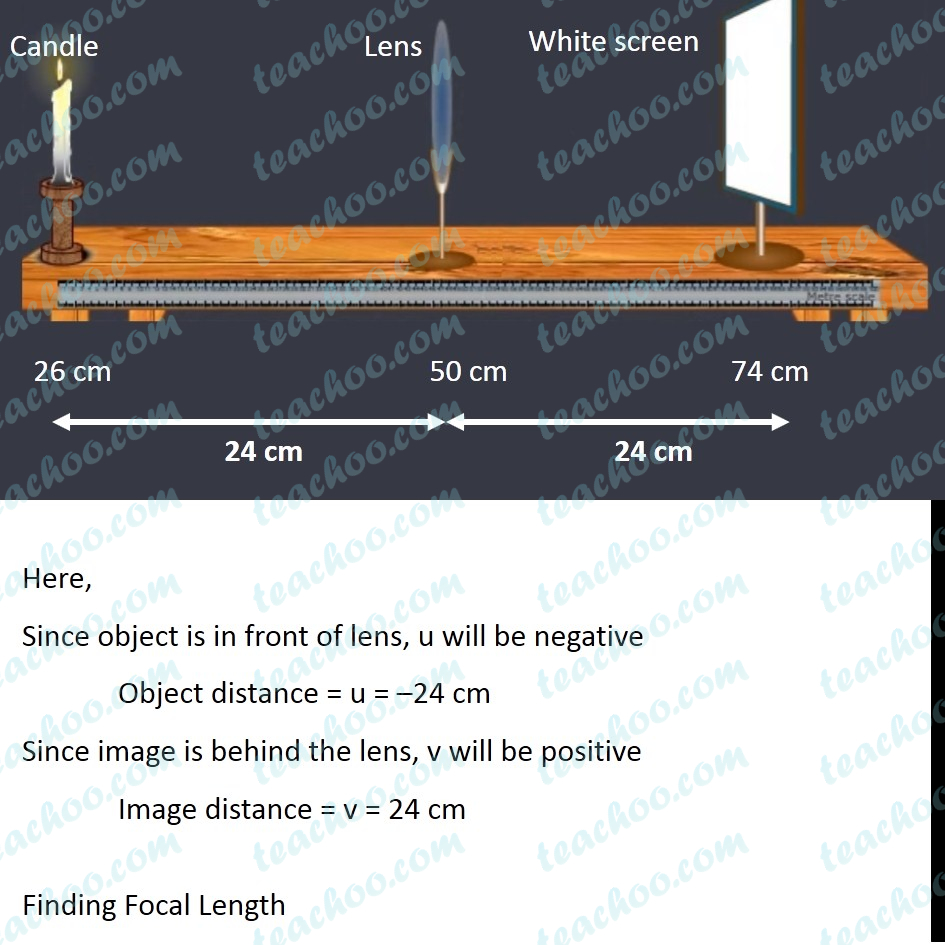 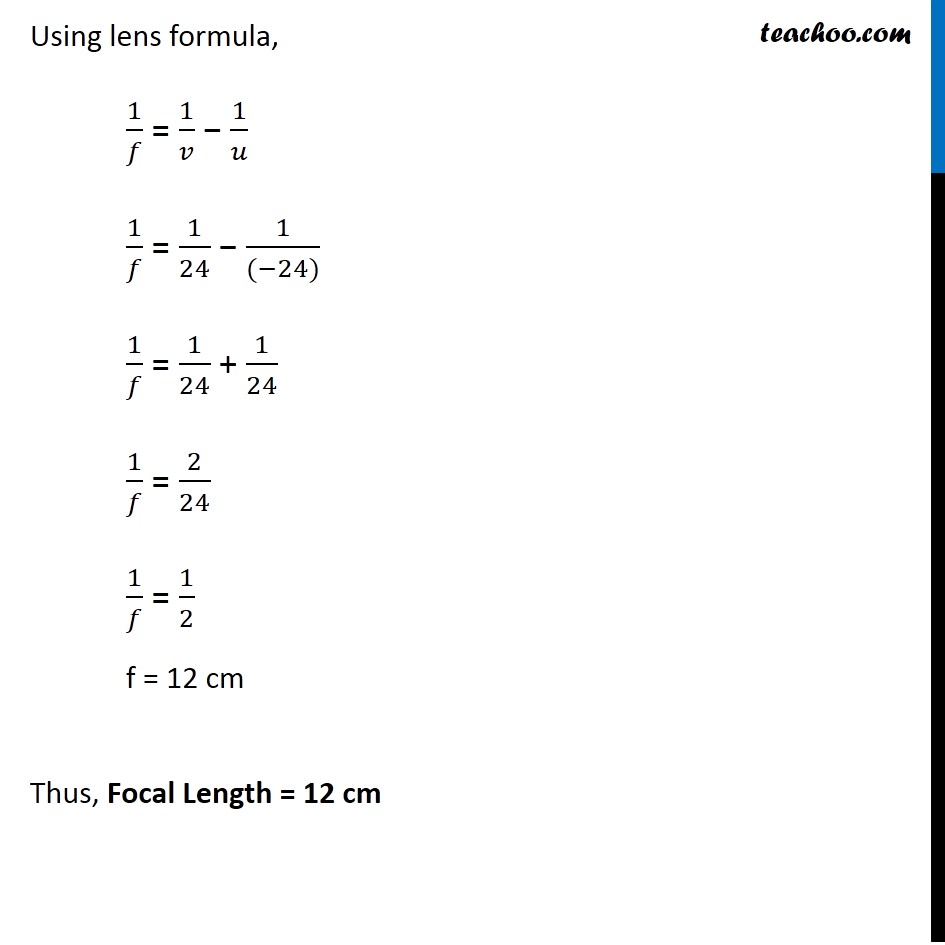 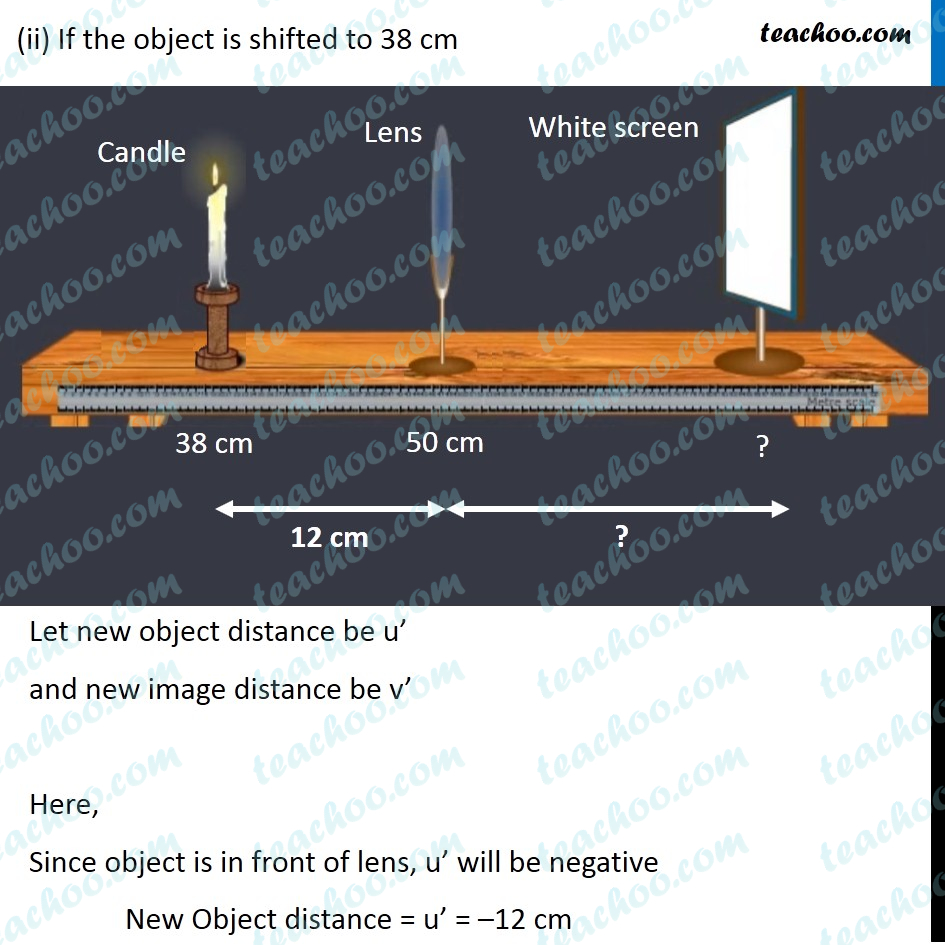 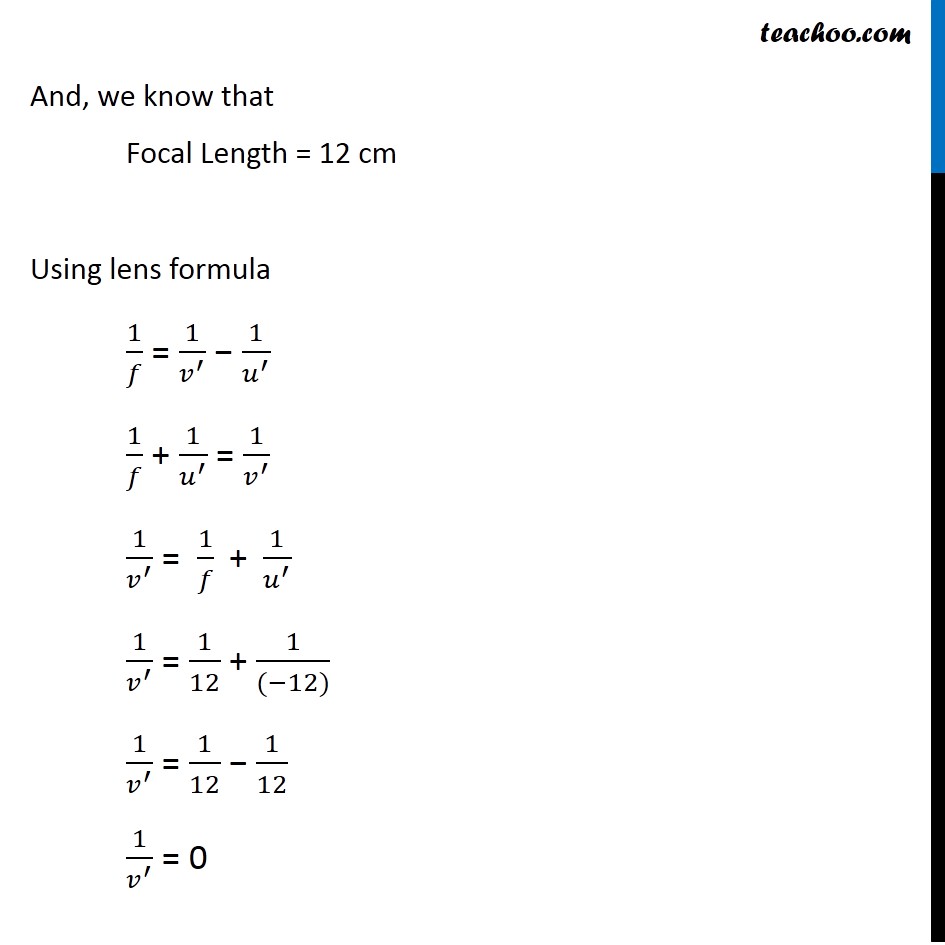 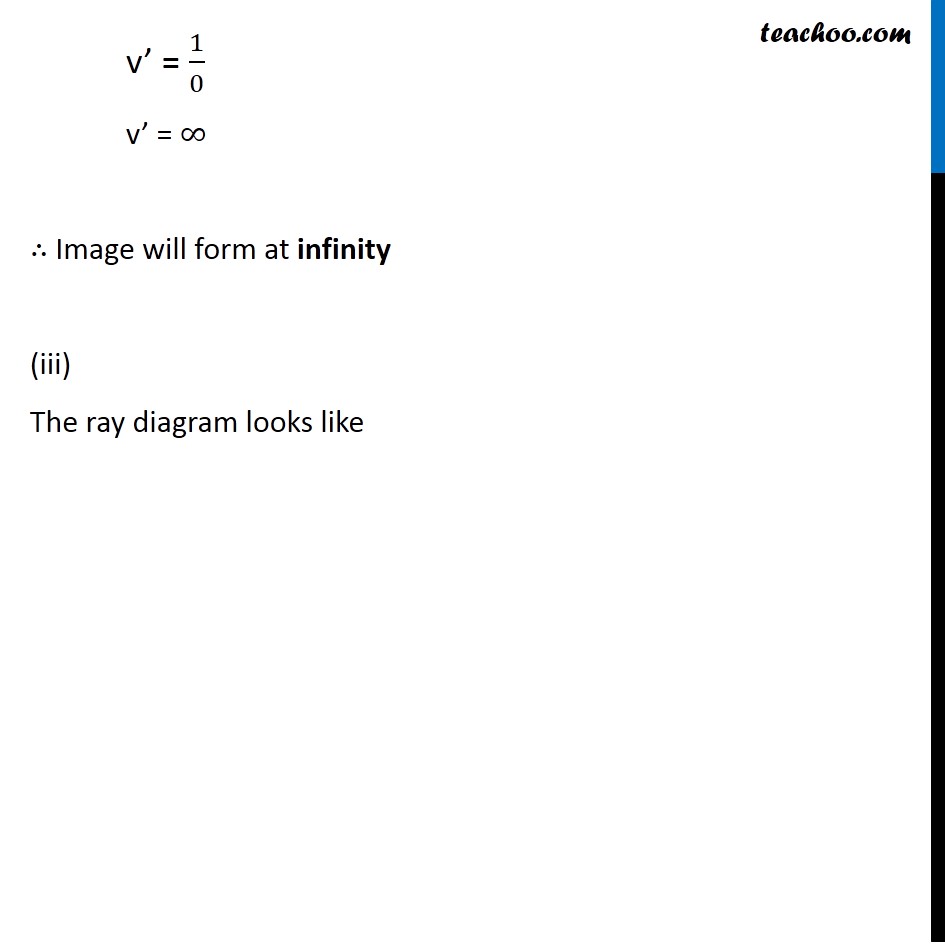