It is quantity of motion of a moving body

It is a product of mass and velocity

Suppose a person has a mass of 60 kg

He moves at a speed of 3 meters per second

What is Unit of Momentum

It is kilogram meter per second or kg m/s

Mass is measured in kg and Velocity in meter/second

Whose Momentum will be Higher-Heavy object or Light Object?

Momentum of heavier object will be higher

Since momentum is a product of Mass and Velocity

We can change momentum by increasing mass of object

Which has higher momentum

Cricket ball will have higher momentum because it has higher mass

Momentum of Cricket bal is higher due to its higher mass

Whose Momentum is Higher-An object at Higher Speed or Lower Velocity?

Momentum of object moving at higher velocity will be higher

Since momentum is a product of Mass and Velocity

We can change momentum by increasing velocity of object

It is because of higher momentum in case of fast ball

In this case, mass of ball is same in both the case

However, velocity of ball is more in case it is bowled by fast bowler

So, momentum will also be more 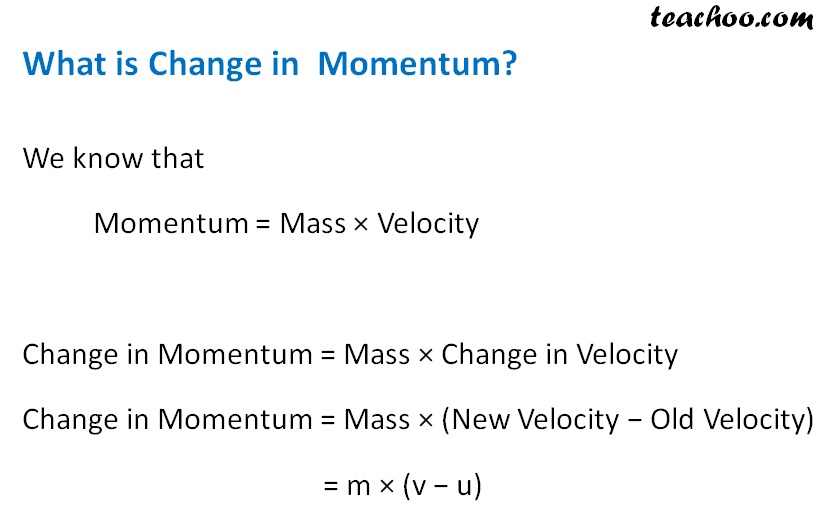 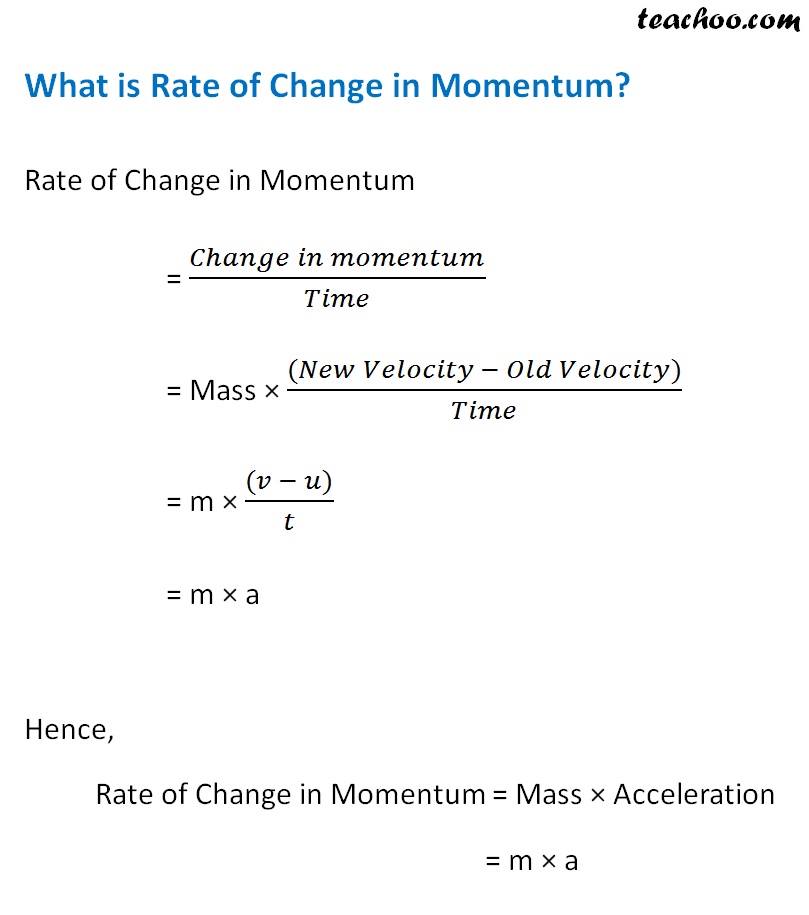 NCERT Question 13 - A hockey ball of mass 200 g travelling at 10 m s–1 is struck by a hockey stick so as to return it along its original path with a velocity at 5 m s–1. Calculate the magnitude of change of momentum occurred in the motion of the hockey ball by the force applied by the hockey stick.

NCERT Question 18 - How much momentum will a dumbbell of mass 10 kg transfer to the floor if it falls from a height of 80 cm? Take its downward acceleration to be 10 m s–2.