Directions of Force - Same and Different

Force can be applied in either same direction or different direction

Force Applied in Same Direction add to one another

If one person pushes a heavy box,it is more difficult

But if 2 person push a heavy box,it is easier

In this case, net force is difference between 2 forces

If 2 person push box in opposite direction,box will not move

(as both forces are equal)

But if one person is stronger than another and put more force,

It will move towards direction of weaker person 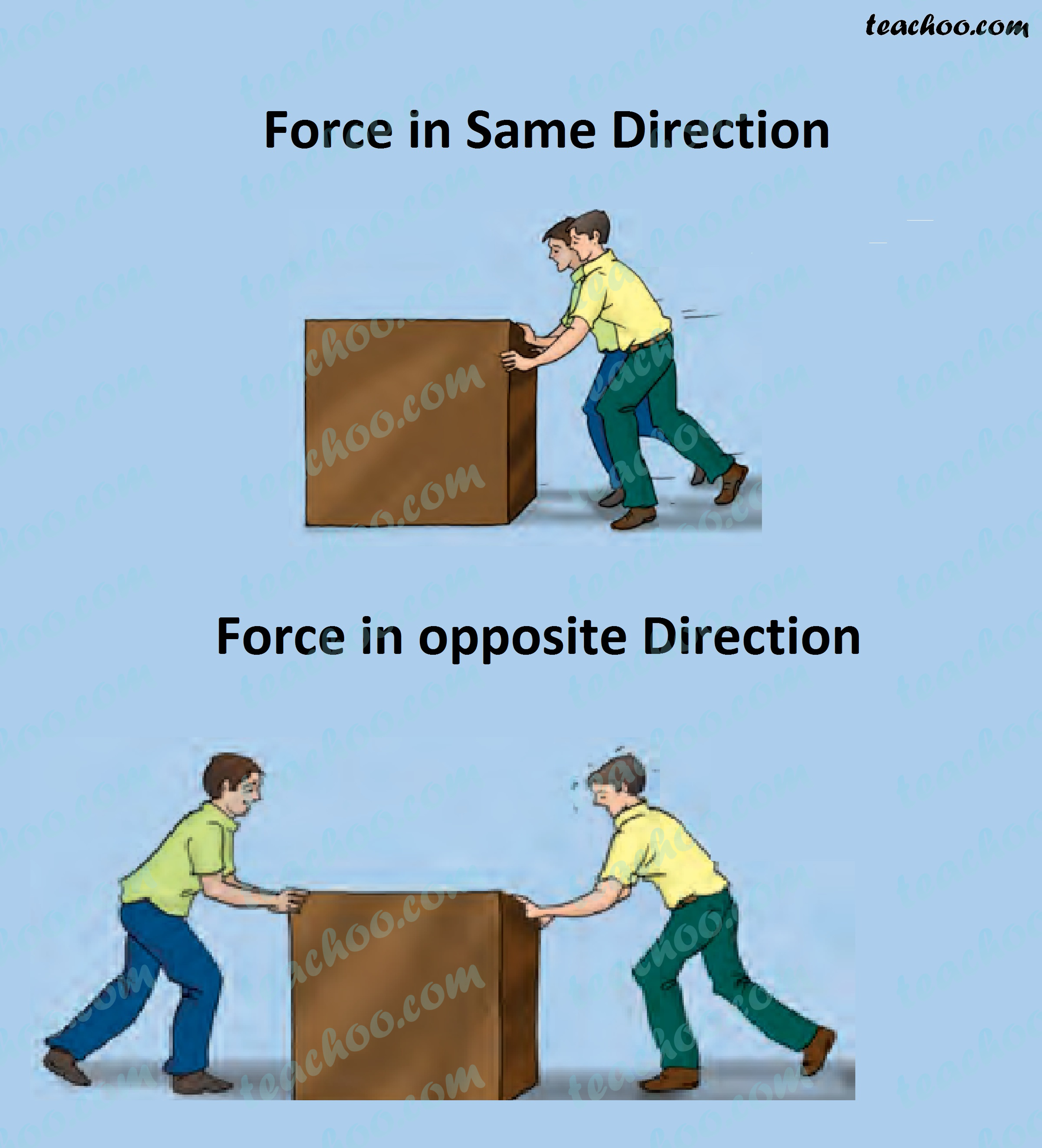 Another example is tug-of-war game

If 2 groups pull the the rope in opposite direction,rope will not move

(as both forces are equal)

It will move towards the direction of the stronger group

Join Teachoo Black
Next: What is Magnitude of force? →
Facebook Whatsapp