Study the diagram given below and answer any four questions from (a) to (e). 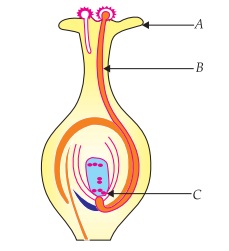 (a) The part labelled as A is:

(b) The role of part labelled as B is:

(i) Transport of male gametes to the ovary.

(ii) Transport of female gametes to the ovary

(c) How many male gametes are produced by each pollen grain?

(d) What happens to the label A which falls on a suitable stigma.

(e) List two reasons for the appearance of variations among the progeny formed by sexual reproduction. 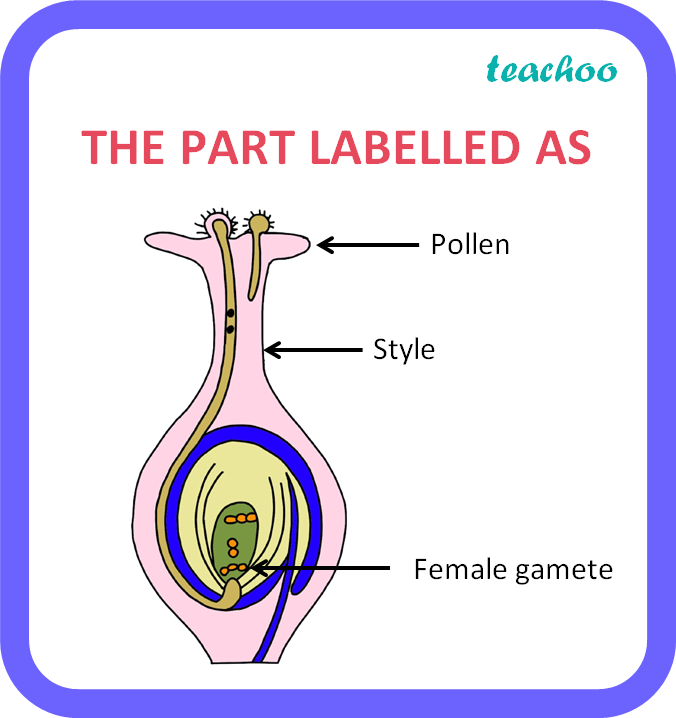 The part labelled as A is (iii) pollen.

The part labelled as B is the Style.

Its function is to transport the pollen grains, which contain the male gamete to the ovary.

So, the correct answer is (i) Transport of male gametes to the ovary.

Reasons for the appearance of variations among the progeny formed by sexual  reproduction are: