According to Dalton, each element had a characteristic mass called atomic mass

It is denoted by amu (atomic mass unit) or simply u.

According to the International System of Units, the unit of atomic mass is u (unified mass)

We know that atoms are very tiny particles, hence it was very difficult to accurately measure their mass.

In Carbon Monoxide (CO) 3g of Carbon reacts with 4g of Oxygen.

Therefore, 1g of Carbon reacts with 4/3 g of Oxygen.

These numbers were fractional and tedious, hence scientists had to come up with a more accurate method.

So, scientists defined 1u = 1/16th mass of an Oxygen atom 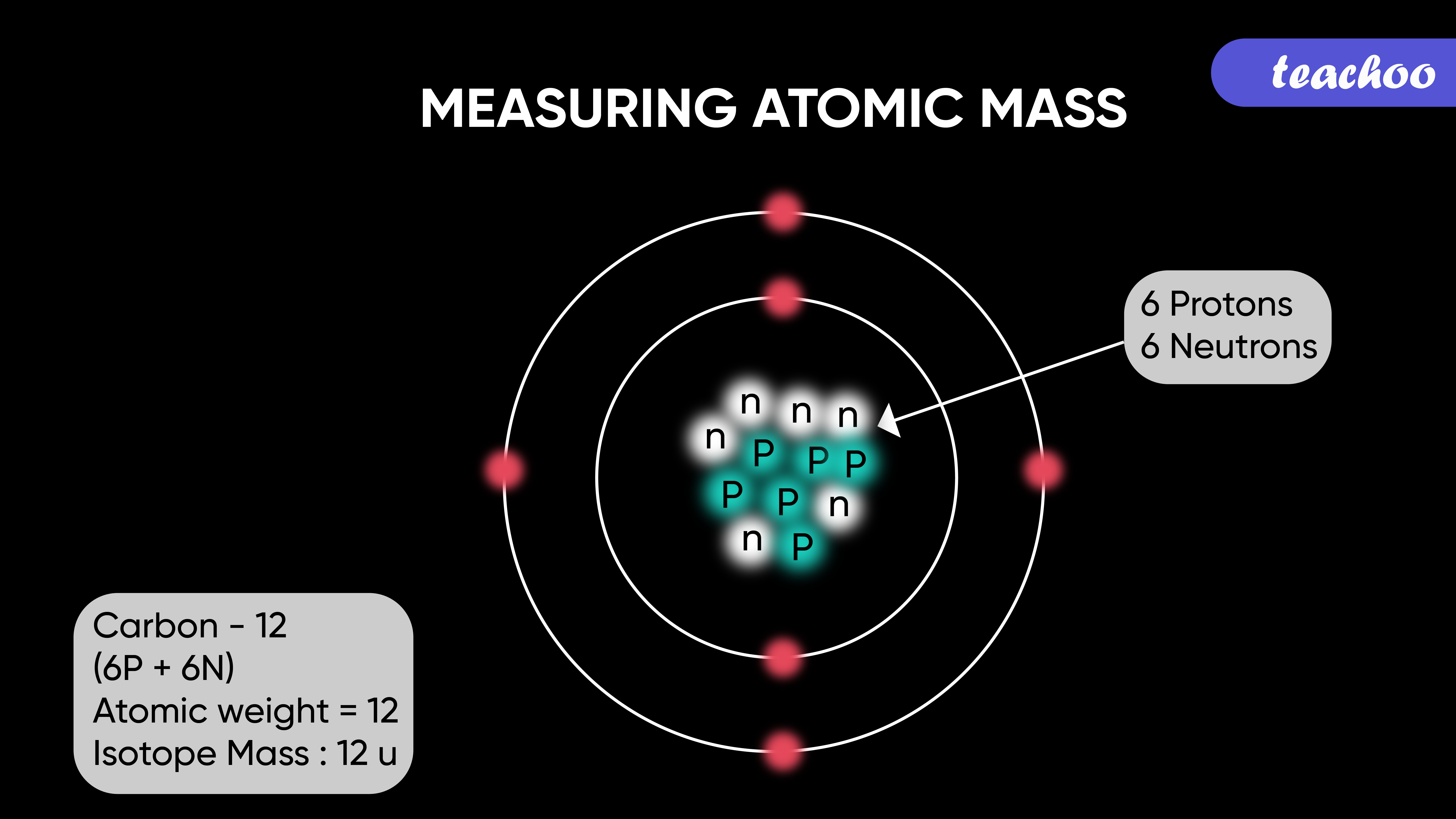 The relative atomic masses of all elements have been found with respect to an atom of carbon-12 isotope.

It is expressed in u (Atomic Mass Unit)

It is expressed in u (Atomic Mass Unit)