A company ABC Enterprises has four blocks of buildings as shown:

Number of computers in each block:

Computers in each block are networked but blocks are not networked. The company has now decided to connect the blocks also.

Suggest the most appropriate topology for the connections between the blocks. 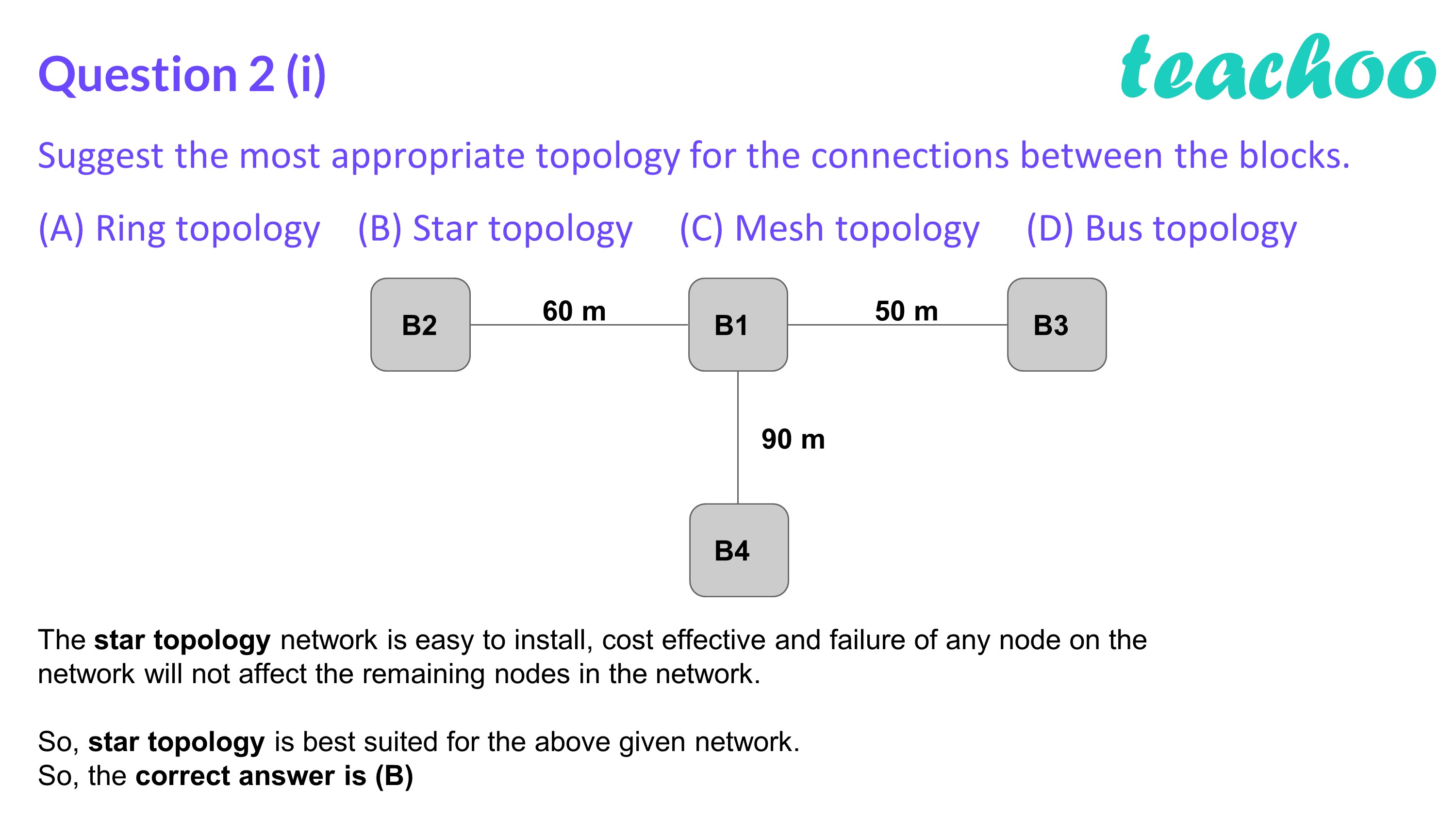 The star topology network is easy to install, cost effective and failure of any node on the network will not affect the remaining nodes in the network.

So, star topology is best suited for the above given network.

The company wants internet accessibility in all the blocks. The suitable and cost-effective technology for that would be:

On comparing all the 4 options, Broadband provides high-speed internet accessibility and is cost-effective.

Which one of the following devices will you suggest for connecting all the computers with in each of their blocks?

Since switch is used to connect multiple computers.

The company is planning to link its head office situated in New Delhi with the offices in hilly areas. Suggest a way to connect it economically:

Radio waves can travel long distances in all directions. It is easy to communicate through radio waves in difficult terrains and it is cheaper than using wired networks for long distance communication.

Suggest the most appropriate location of the server, to get the best connectivity for maximum number of computers.

The server should be installed in the block which has the highest number of computers as it will decrease the cabling cost for most of the computers as well as increase the efficiency of the maximum computers in the network.

Block B1 has the highest number of computers in the network.