ABC is professional consultancy company. The company is planning to set up their new offices in India with its hub at Bengaluru. As a network adviser, you have to understand their requirements and suggest them the best available solutions. Their queries are mentioned as (i) to (v) below: Physical Location of the blocks of ABC.

What will be the most appropriate block, where ABC should plan to install their server?

The server should be installed in the building which has the highest number of computers as it will decrease the cabling cost for most of the computers as well as increase the efficiency of the maximum computers in the network.

The finance block has the highest number of computers in the network.

Which type of topology is best suited for above network? 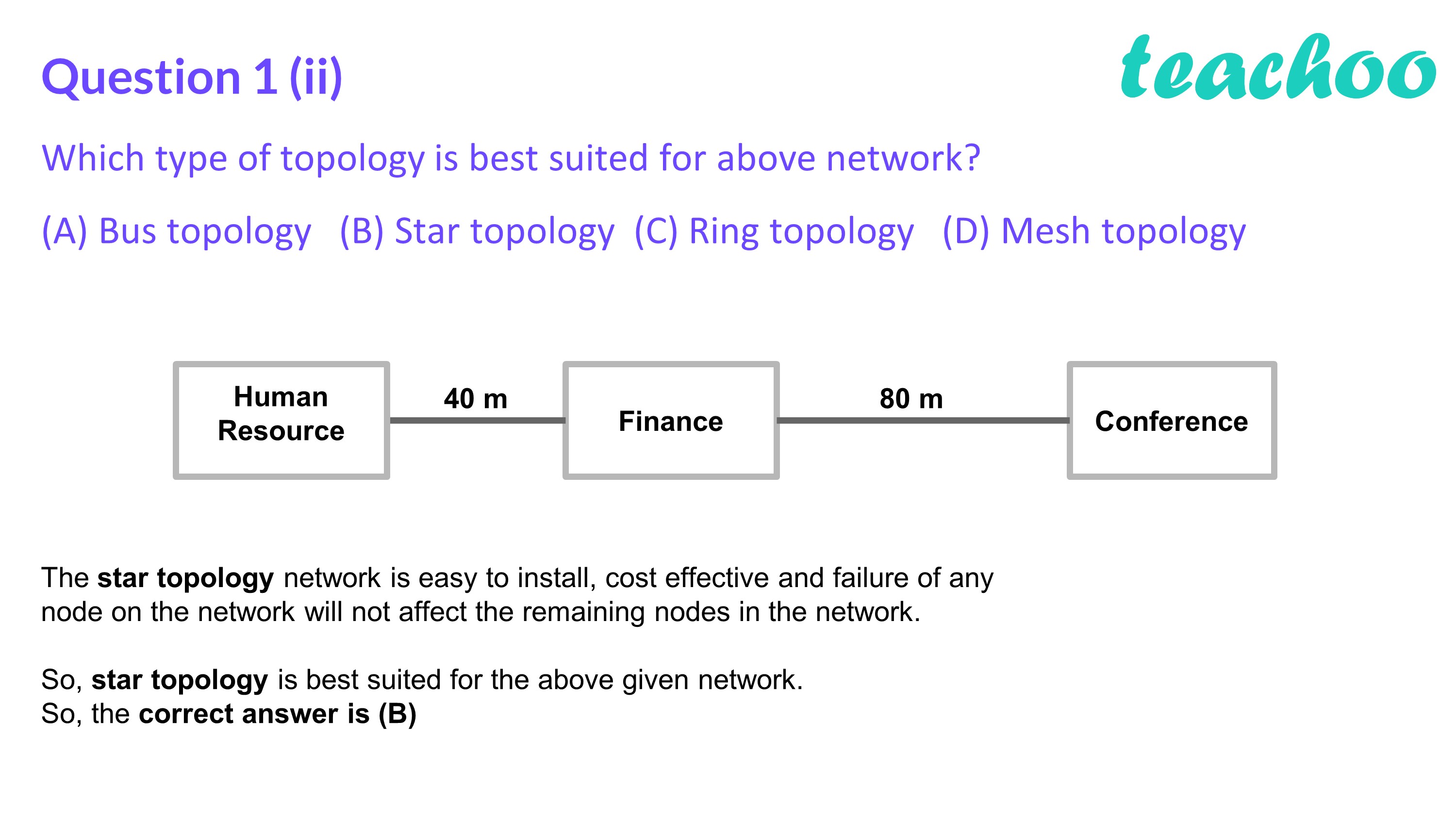 The star topology network is easy to install, cost effective and failure of any node on the network will not affect the remaining nodes in the network.

So, star topology is best suited for the above given network.

What will be the best possible connectivity out of the following you will suggest to connect the new setup of offices in Chennai with its London based office.

Which of the following device will be suggested by you to connect each computer in each of the buildings?

Since switch is used to connect multiple computers.

The company wants internet accessibility in all the blocks. The suitable and cost-effective technology for that would be:

On comparing all the 4 options, Broadband provides high-speed internet accessibility and is cost-effective.