Explain with a proper diagram how an ac signal can be converted into dc ( pulsating)signal with output frequency as double than the input frequency using pn junction diode. Give its input and output waveforms.

A p-n junction diode is formed by combining a p-type and a n-type semiconductor.

The diagram is as given below: 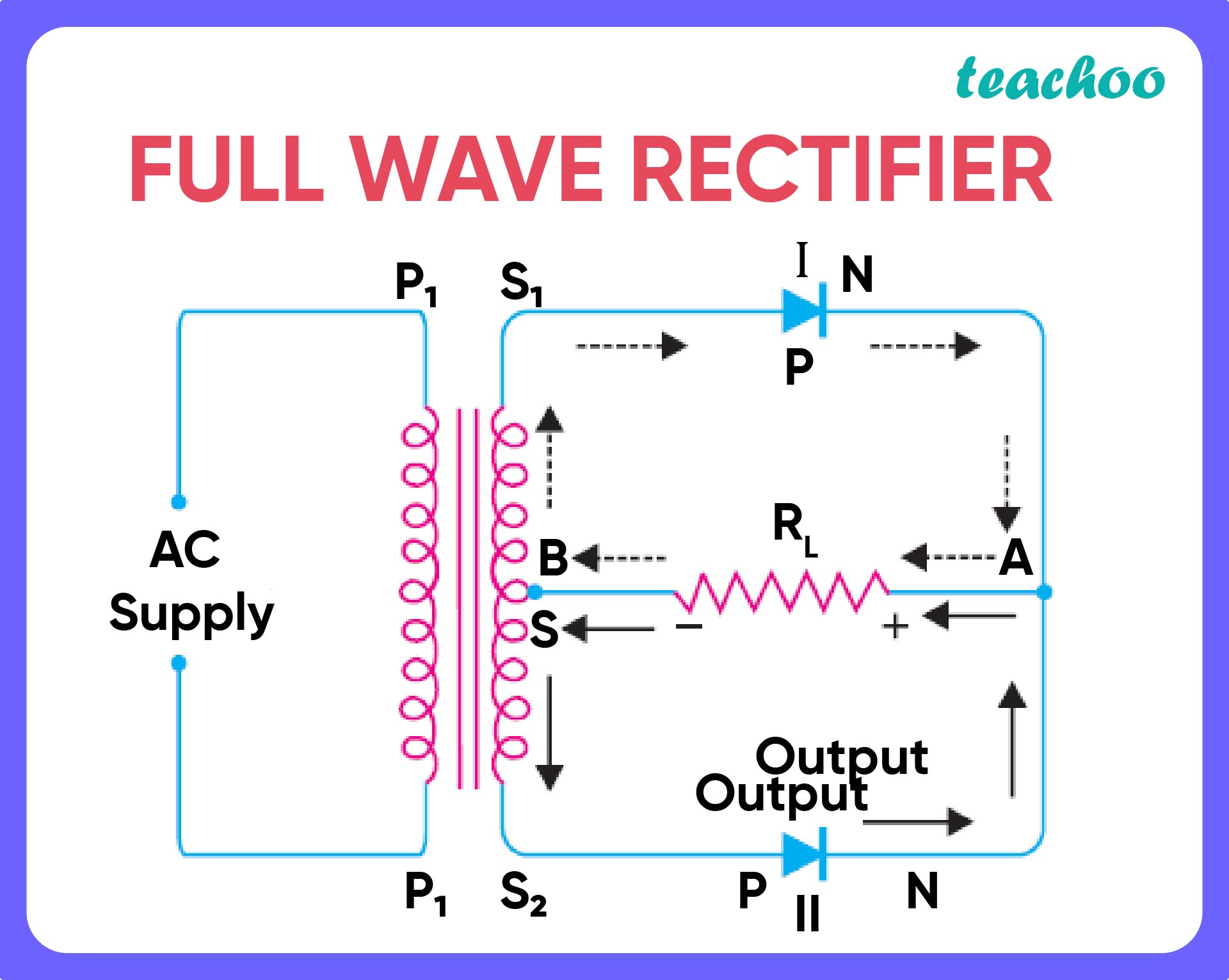 (a) In the positive cycle of the input AC waveform: 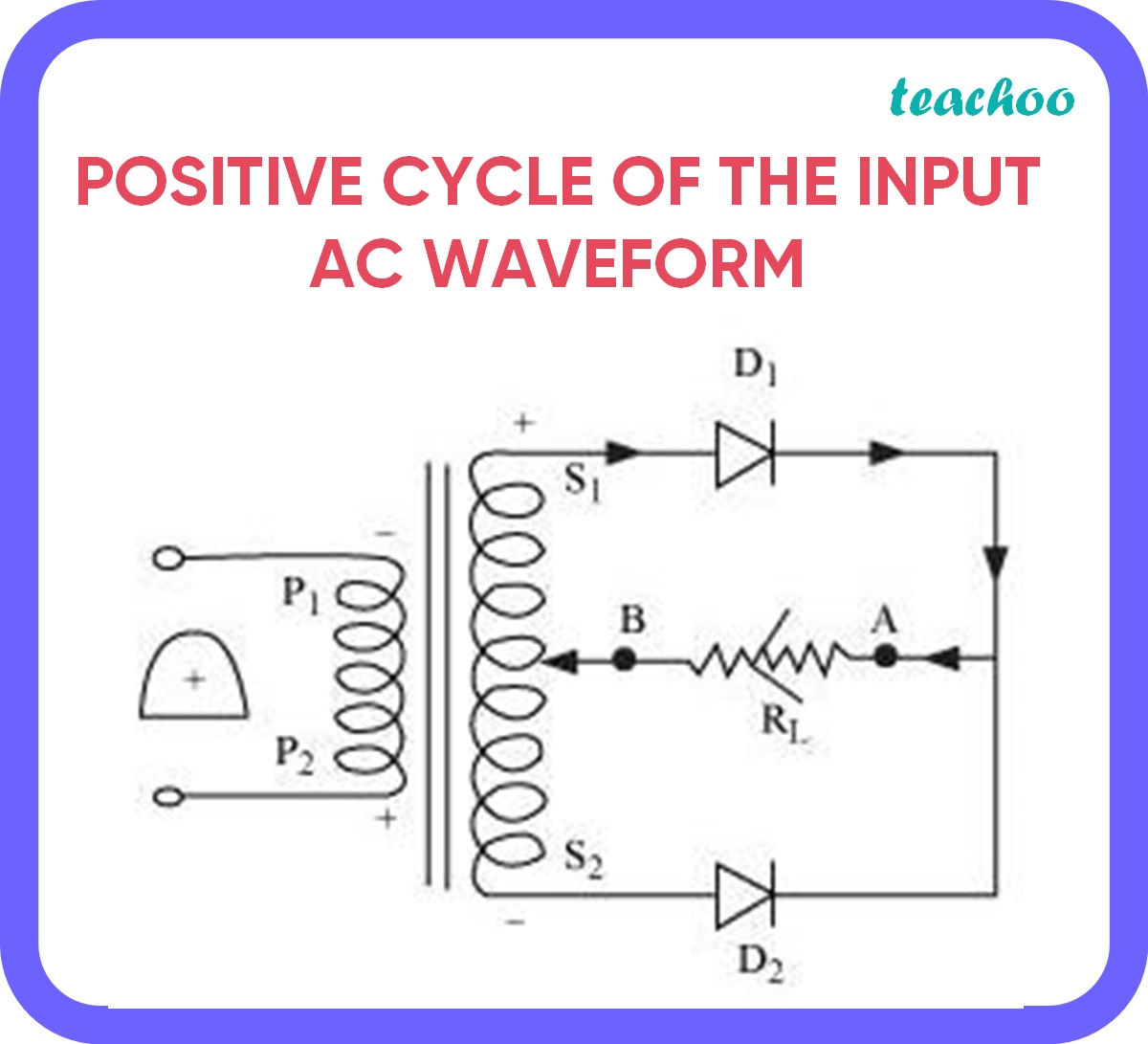 Hence, current flows through R L and is observed as output.

(b) In the negative cycle of the input AC waveform: 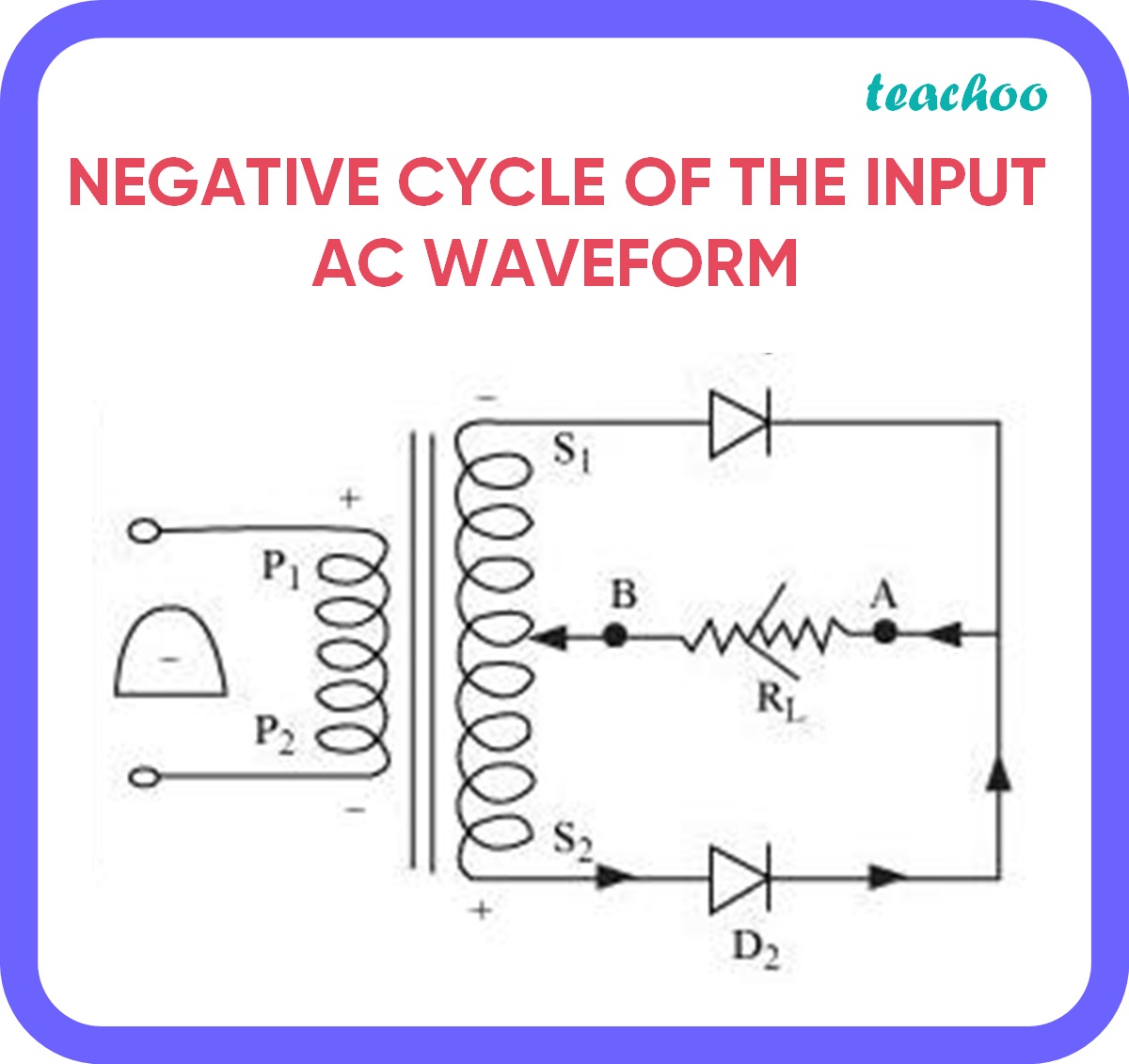 Hence, current flows through  R L and is observed as output.

You may notice that the direction of current in the first case is clockwise, while the second case is anti-clockwise. 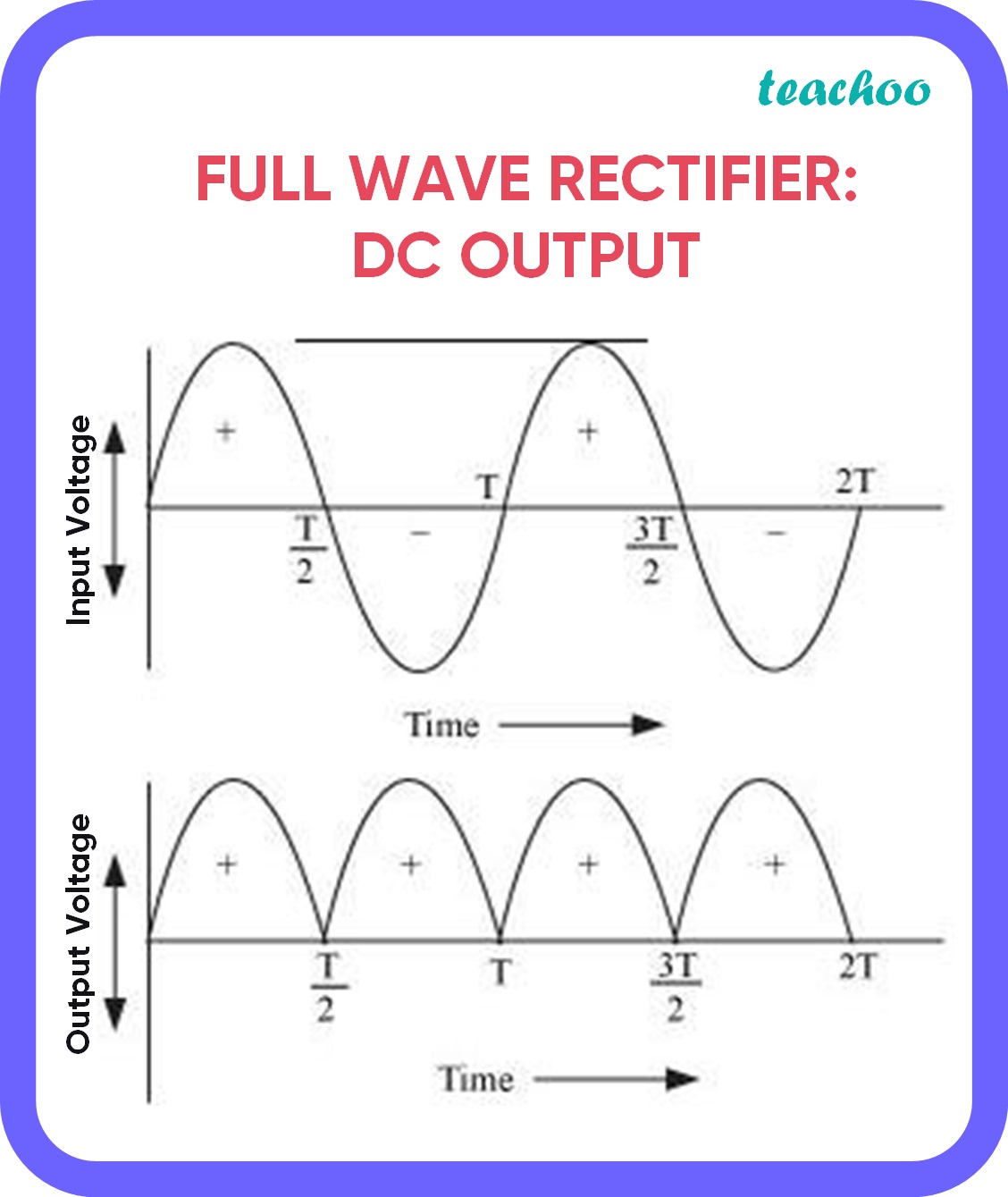