In this type of combination, different resistors are joined end to end. (one after the another) 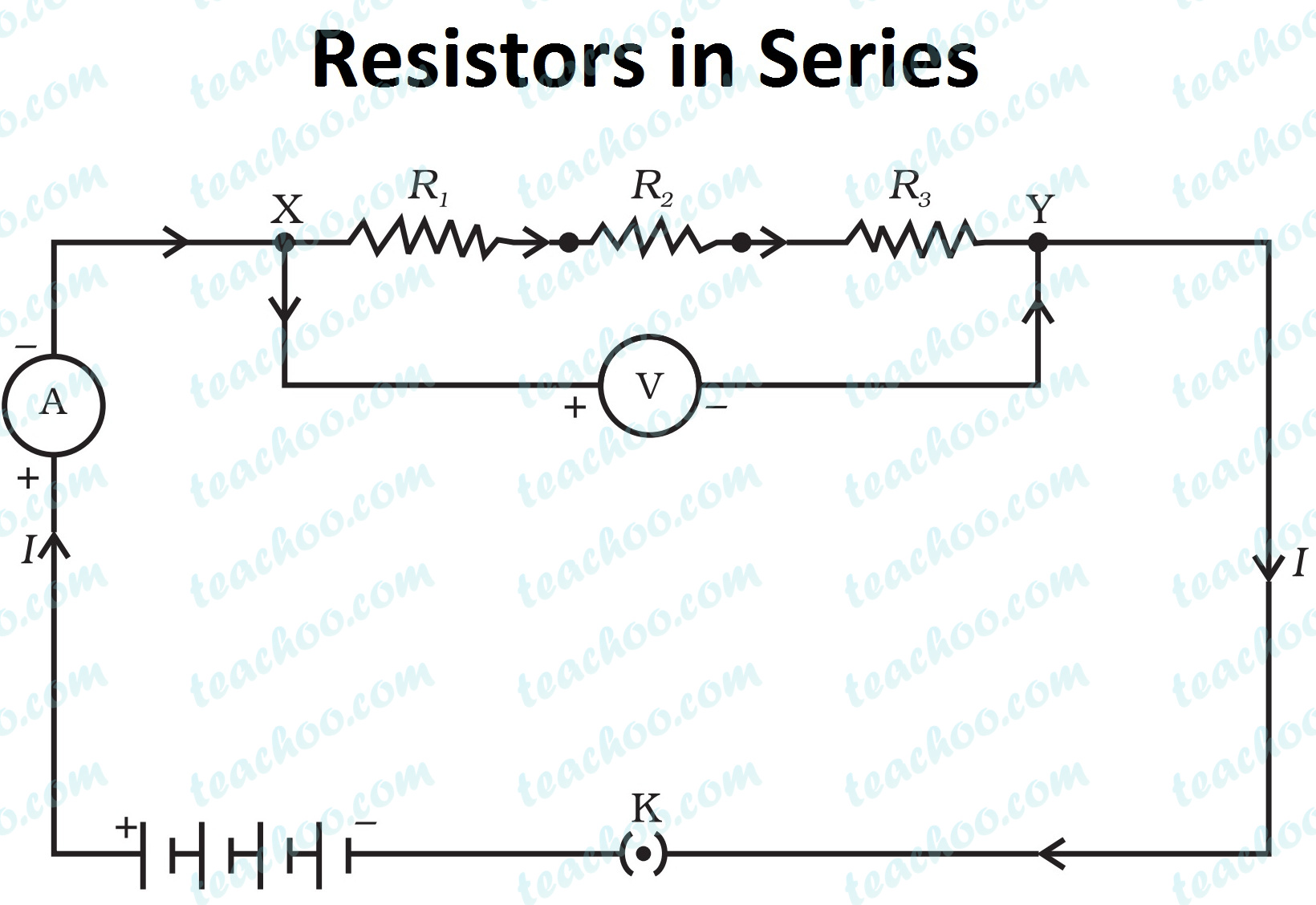 This is done to Increase Resistance of Circuit

Suppose Resistance of 2 resistors are 20 Ω and 30 Ω

When 2 Resistors are Connected in Series

How is the Resistance formula Derived - for series circuits? 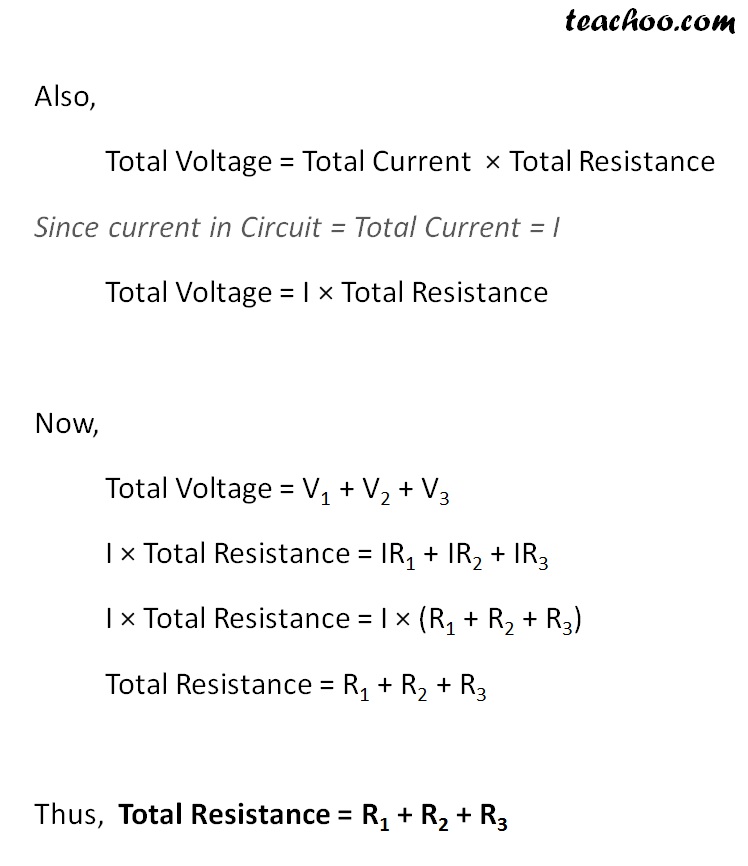 More the Resistance,less the current flows through circuit

Hence,this method is used to reduce current flow in circuit

Note - : An ammeter is connected in series in a circuit so that it can detect the net current flowing in a circuit.

Q1 Page 213 - Draw a schematic diagram of a circuit consisting of a battery of three cells of 2V each , a 5Ω resistor, an 8 Ω resistor, and a 12 Ω resistor. And a plug key, all connected in series.

Example 12.7 - An electric lamp, whose resistance is 20 Ω, and a conductor of 4 Ωresistance are connected to a 6 V battery (Fig. 12.9). Calculate
(a) the total resistance of the circuit,
(b) the current through the circuit, and
(c) the potential difference across the electric lamp and conductor.

Question 9 - A cell, a resistor, a key and ammeter are arranged as shown in the circuit diagrams below. The current recorded in the ammeter will be

(d) the same in all the cases

Question 11 - Why does Ammeter have low resistance? Given reason

Why does Voltmeter have high resistance?