Friction What does Friction Depend upon? Static Friction, Sliding Friction and Rolling Friction You are here Why is friction a necessary evil? How to reduce friction? How to increase Friction? Fluid Friction
NCERT Questions →
Class 8
Chapter 12 Class 8 - Friction

Friction is of three types

Let's study each of them

Static friction is the frictional force which keeps the object at rest.

A rock is lying on mountain slope

It is not moving down inspite of the slope

We have to move the rock by pushing it(applying a force),only then it will fall from mountain

It is also called Kinetic Friction

child sliding down through a slide in a park 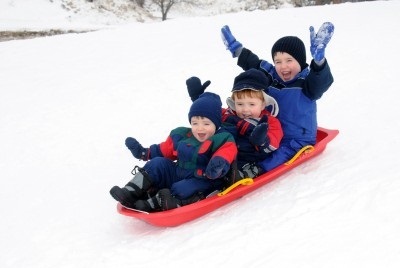 Which is Smaller- Static or Sliding Friction?

Since the interlocking is less, the frictional force will be smaller

If we move a heavy bag, it is very hard to move

But if we move a heavy bag containing wheels, it is much easier

This is due to less friction because of rolling of wheels

Since it is easier to roll than to slide

Next: Why is friction a necessary evil? →
Facebook Whatsapp