Friction You are here What does Friction Depend upon? Static Friction, Sliding Friction and Rolling Friction Why is friction a necessary evil? How to reduce friction? How to increase Friction? Fluid Friction
NCERT Questions →
Class 8
Chapter 12 Class 8 - Friction

In easy language,it is a force which makes moving object stop 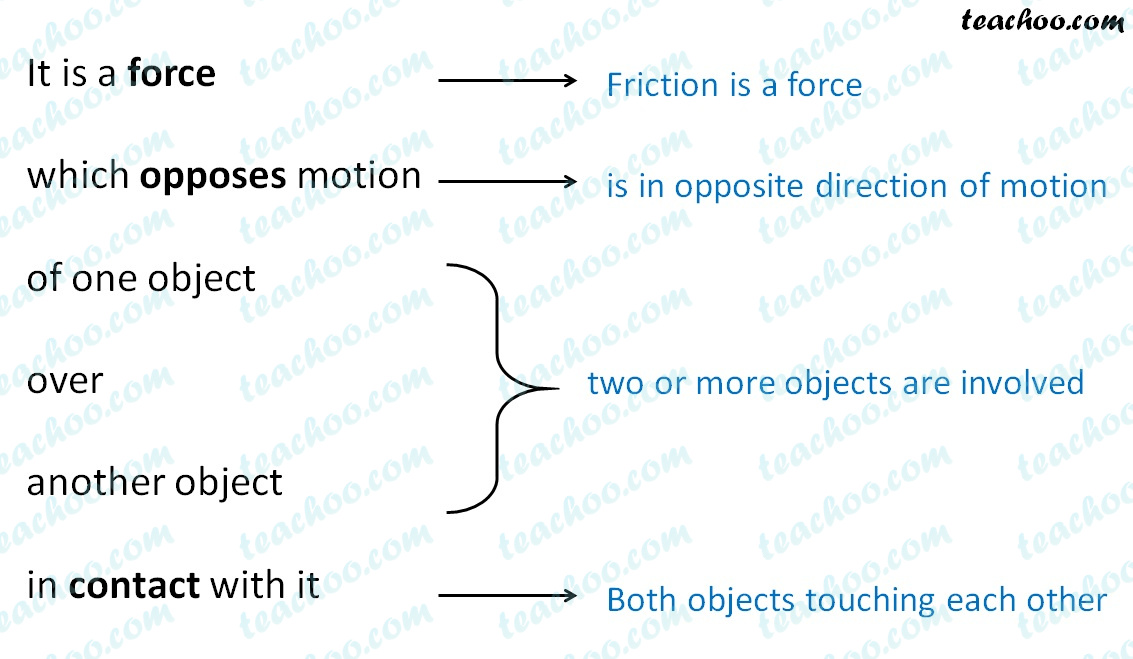 A ball which is moving comes to rest after some time

This is due to force of friction between ball and ground

Boat comes to rest if we stop rowing

What is direction of force of friction?


Friction always acts in the opposite direction of motion


If we push a book on table from left to right

Force of friction moves in opposite direction from right to left


Similarly, if we push a book on table from right to left

Force of friction moves in opposite direction from left to right 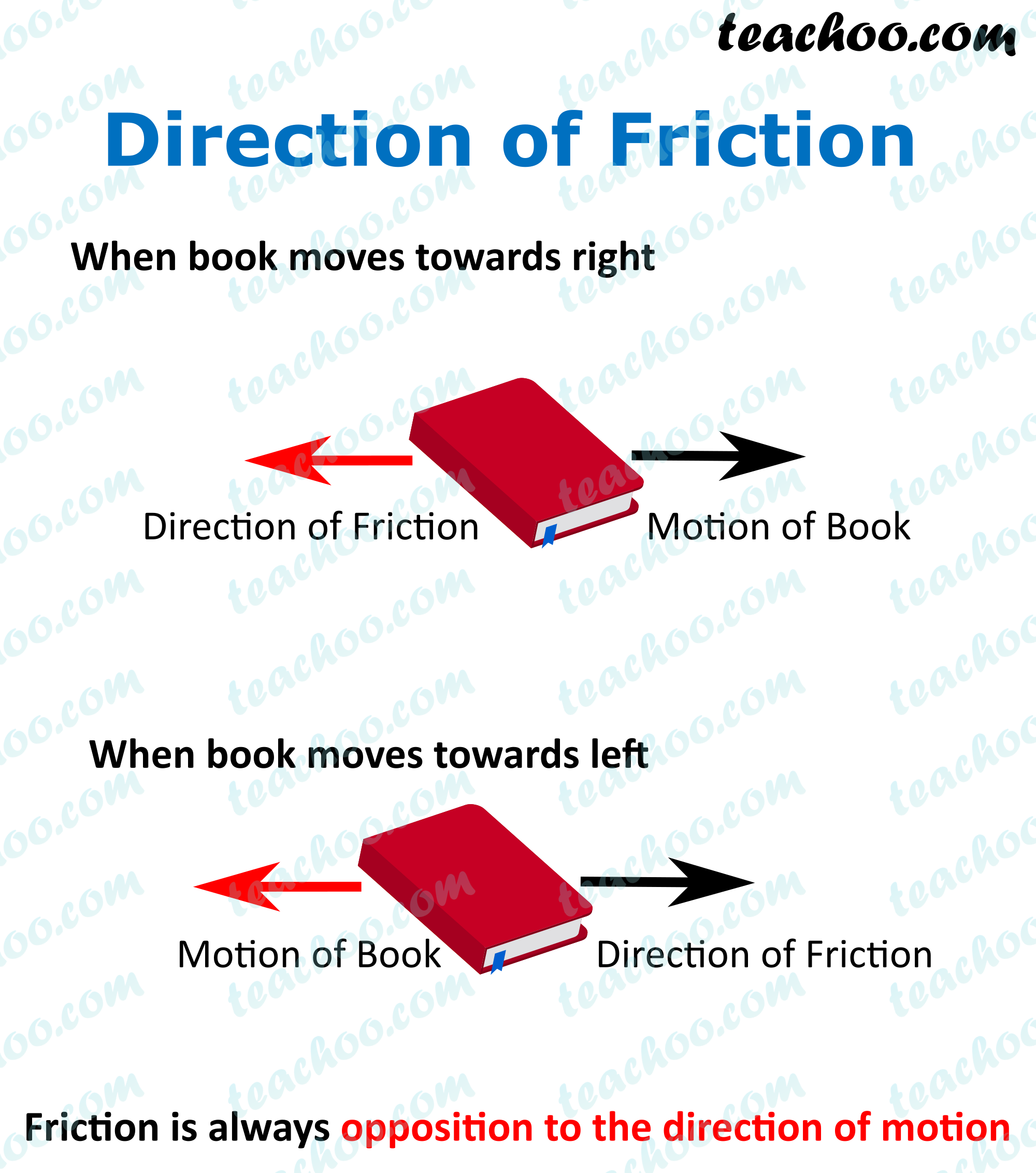 If we take a microscope and zoom in the surface of two objects,

we see that both the surface have some irregularities

When we try to move the object, the irregularities gets interlocked. This causes friction