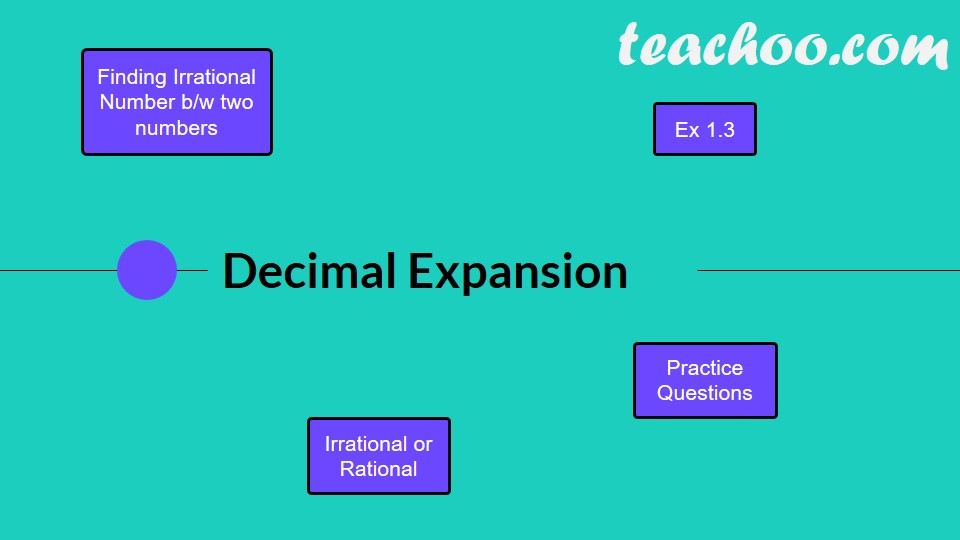 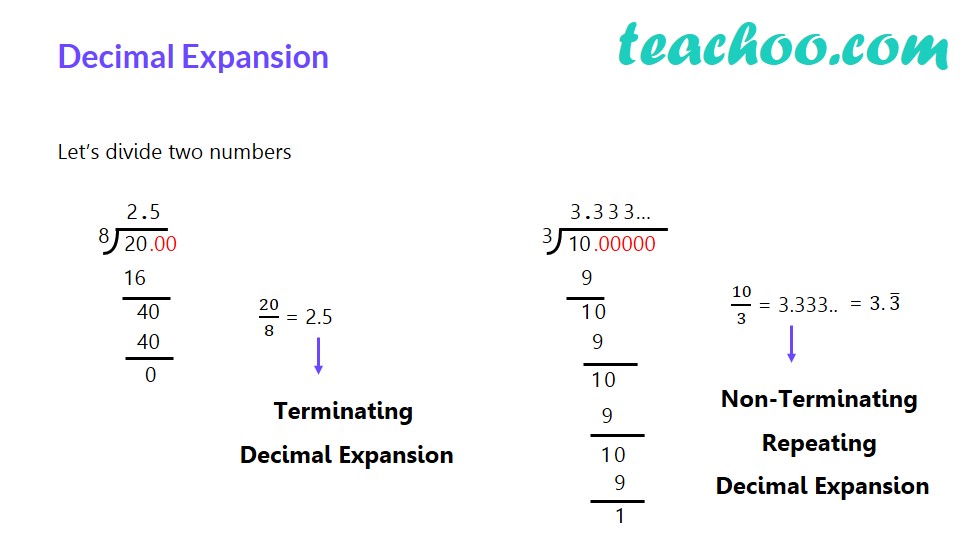 There are generally 3 types of decimal expansion

Let us take an example to study it 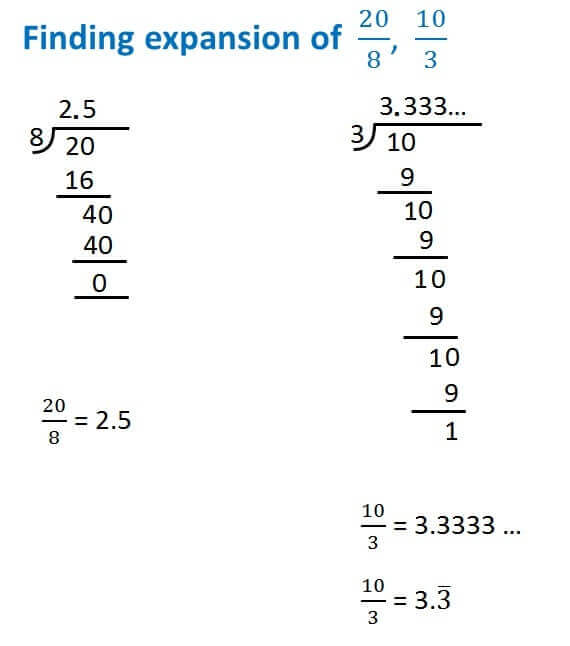 So, that means the expansion is terminating.

So, it is a non-terminating, repeating expansion

So, it is a non-terminating, non-repeating expansion

Let us learn how to find decimal expansions of numbers.

Next: Finding Decimal Expansion of a Mixed Fraction →
Facebook Whatsapp