BREAKUP OF DIFFERENT TAX AND CESS 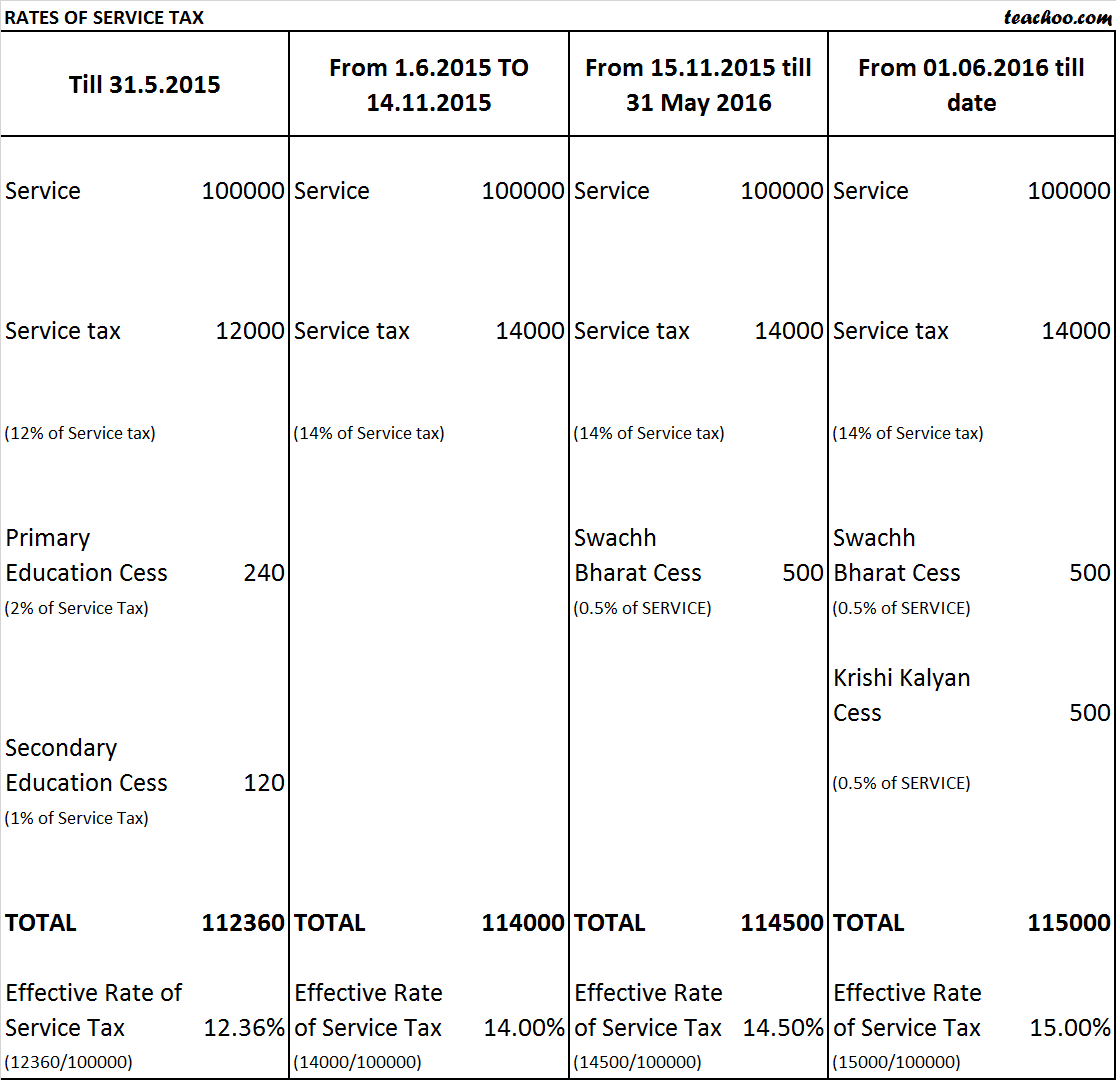 Primary and Secondary Education Cess was charged on Tax

What is Service Tax Rate Applicable for the following Returns

CA Maninder Singh is a Chartered Accountant for the past 12 years. He also provides Accounts Tax GST Training in Delhi and Kerala.