Akhtar, Kiran and Rahul were riding in a motorcar that was moving with a high velocity on an expressway when an insect hit the windshield and got stuck on the windscreen. Akhtar and Kiran started pondering over the situation. Kiran suggested that the insect suffered a greater change in momentum as compared to the change in momentum of the motorcar (because the change in the velocity of the insect was much more than that of the motorcar). Akhtar said that since the motorcar was moving with a larger velocity, it exerted a larger force on the insect. And as a result the insect died. Rahul while putting an entirely new explanation said that both the motorcar and the insect experienced the same force and a change in their momentum. Comment on these suggestions. 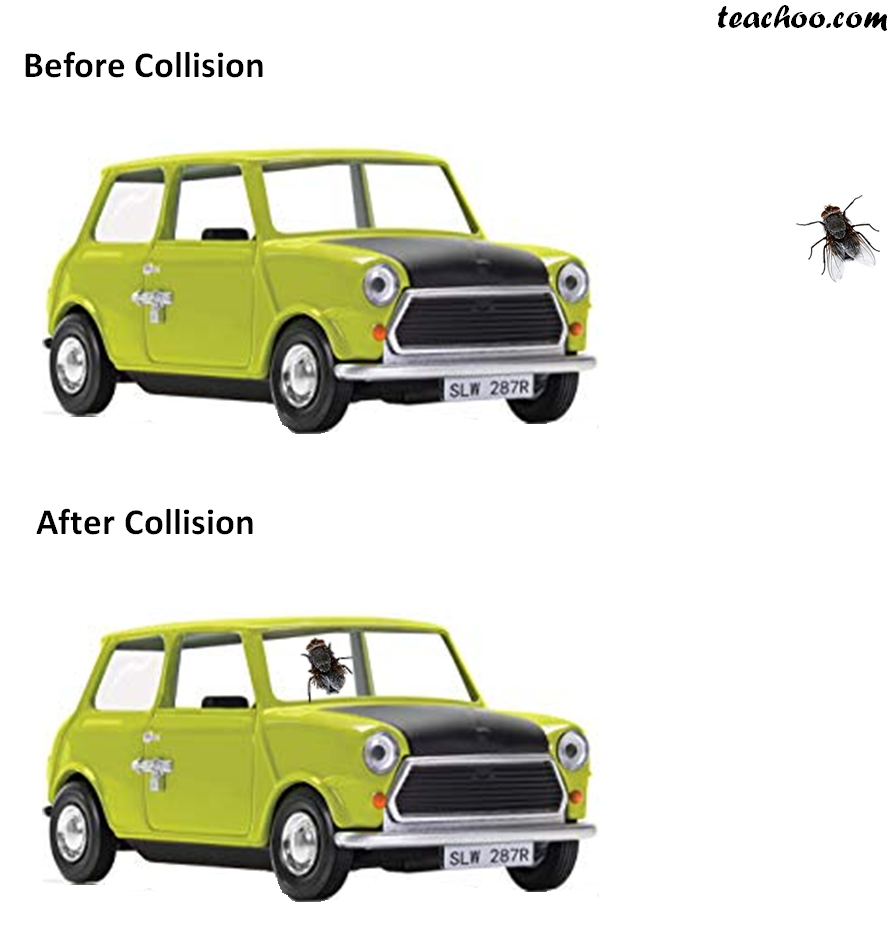 Let’s look what all 3 people said

According to law of conservation of momentum,

When the insect hits the car,

it experiences larger change in momentum

If the car was moving slowly, the insect might not have died.

Since the car was moving with high velocity, it exerted higher force on the insect.

So, Akhtar's observation is correc t.

Now, Rahul said that both motorcar and insect experienced the same force and change in their momentum.

Rahul is partially correct   Because

insect and car move together