A rocket has been fired upwards to launch a satellite in its orbit. Name the two forces acting on the rocket immediately after leaving the launching pad.

Forces acting on the rocket are

Here, the force exerted by the rocket engine is more than the gravitational force. 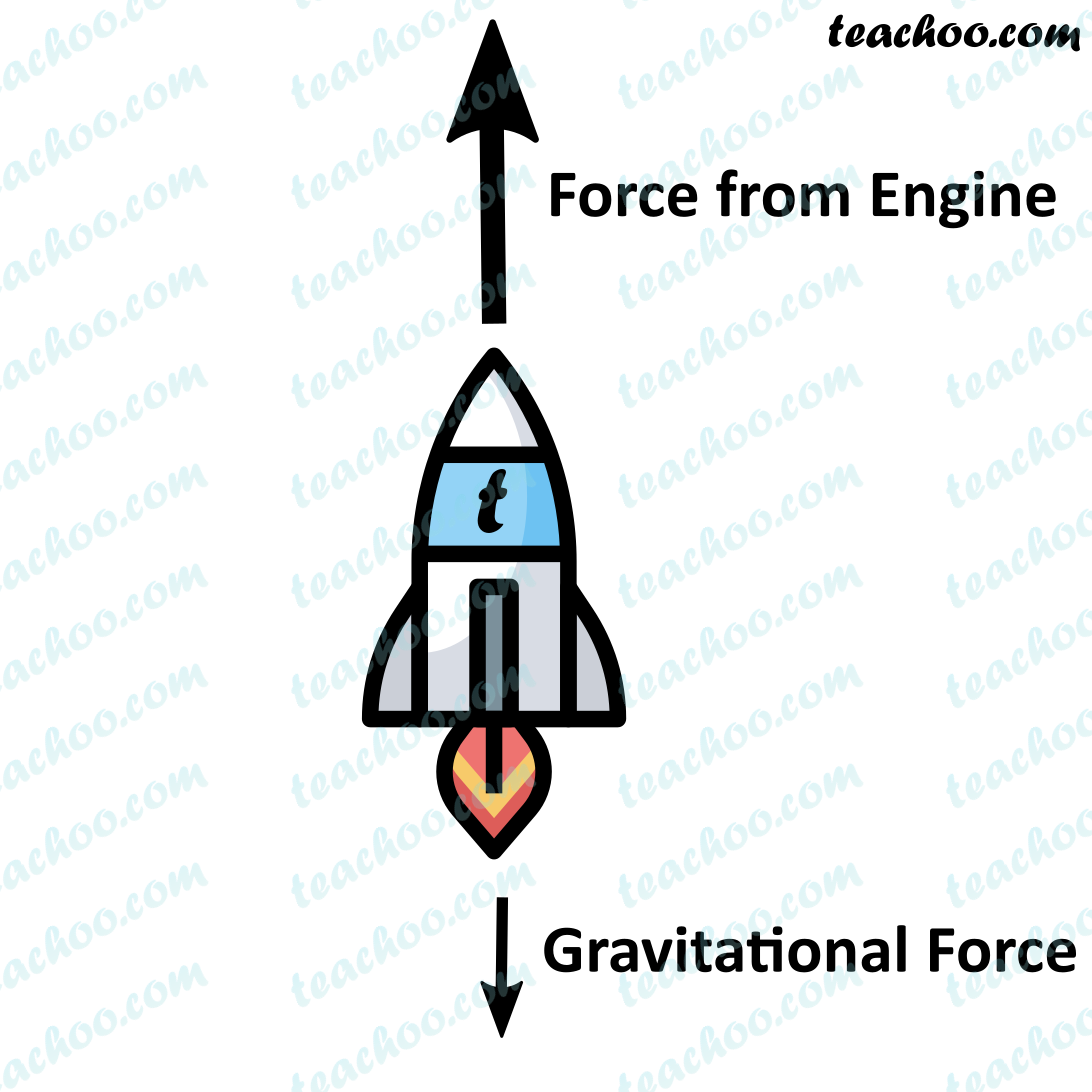