If any insurance claim received on destruction of asset then profit or gain arriving from it will be Charged under income from capital gains.

If no insurance claim received then not taxable 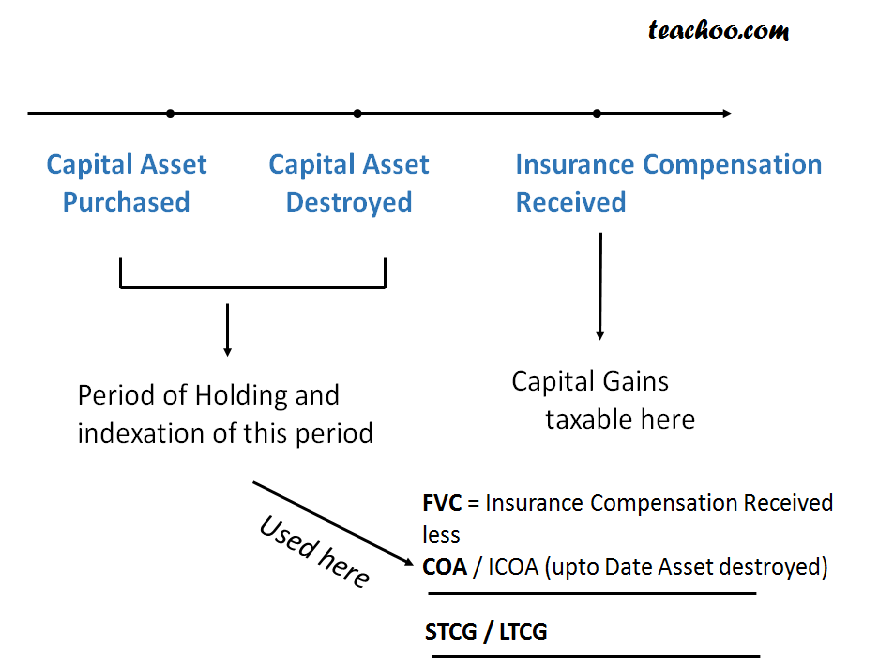 Destruction due to following causes are covered

(b) Accidental fire or explosion

Action taken in fighting with the enemy

The period of holding and indexation  is calculated till the destruction of assets,

however it is taxable when insurance claim received.

If Stock Insurance and on loss of stock insurance compensation received then this section not applicable as capital asset does not include stock in trade. 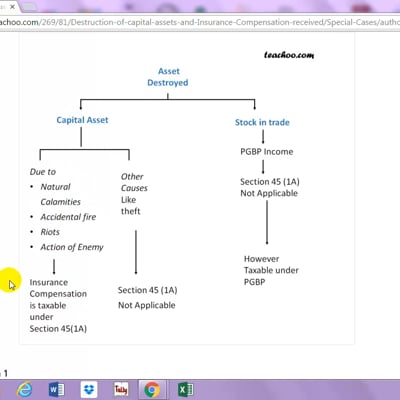 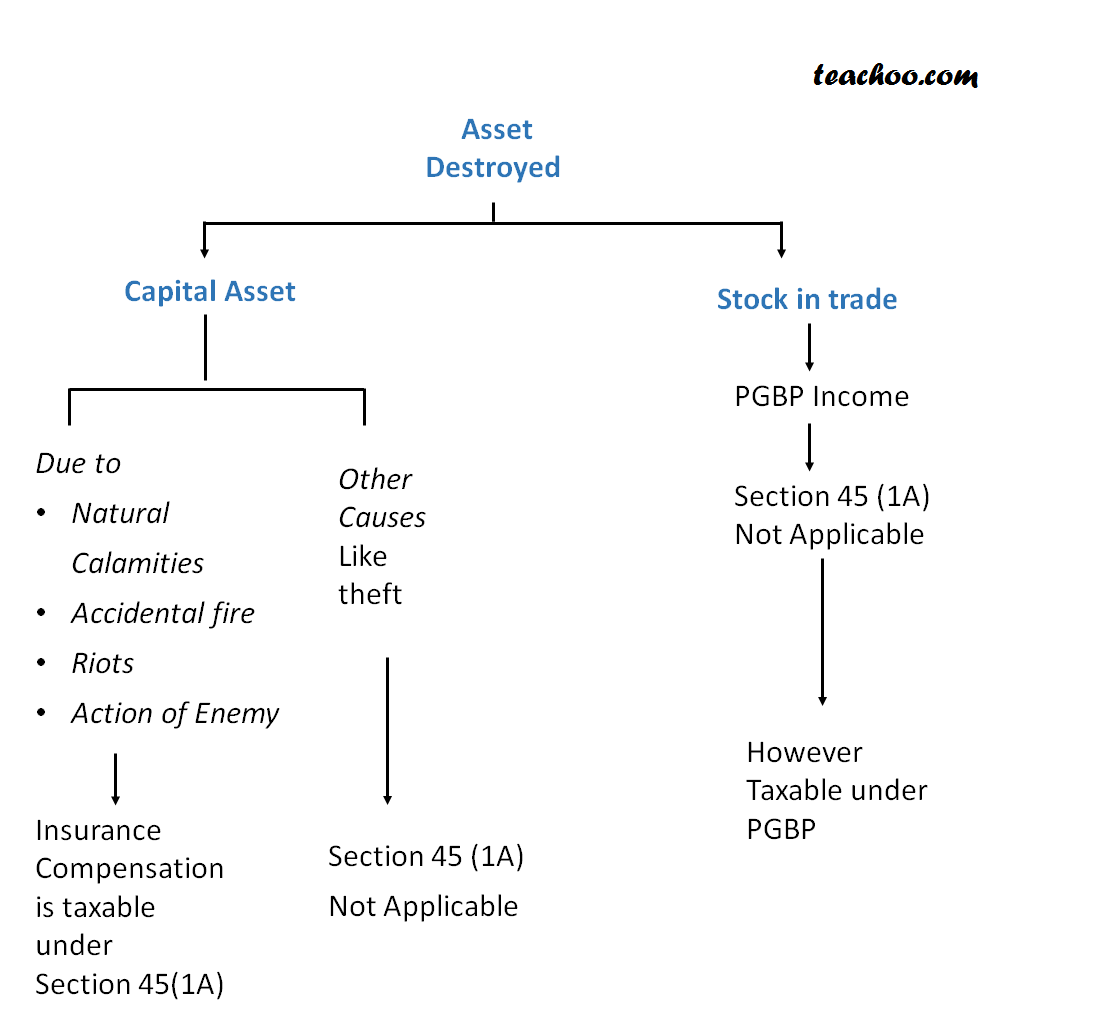 Since it is used for more than 36 months i.e. it is a long term Capital asset

Q2 Solve Q1 assuming it is used for Business as Office Building.It is the only building in block

Since it is a business asset,depreciation will be computed each year

Depreciation in this case will be Computed.for each year on Building @ 10% till 2013-14

WDV of Building at the time of destruction=984150

This will become Cost of Acquisition of Asset

Note:-Capital Gain is always short term here as it is a business asset on which depreciation charged

Solve Q1 assuming it is Stock in Trade which was damaged and not building?

Since Stock in Trade is not a capital asset,no Capital Gain Will be computed

Instead,PGBP Income will be computed