What is the difference between resistance and resistivity? Why is an ammeter connected in series and voltmeter connected in parallel? Important You are here What is the difference between Open and Closed circuits? Important Why does Ammeter have low resistance? Given reason Important Why does Voltmeter have high resistance? Important Least Count of Ammeter and Voltmeter Important Electrical resistivity of a given metallic wire depends upon Important Practice Problems for Electricity Class 10 Important
MCQ questions →
Class 10
Chapter 12 Class 10 - Electricity (Term 2) 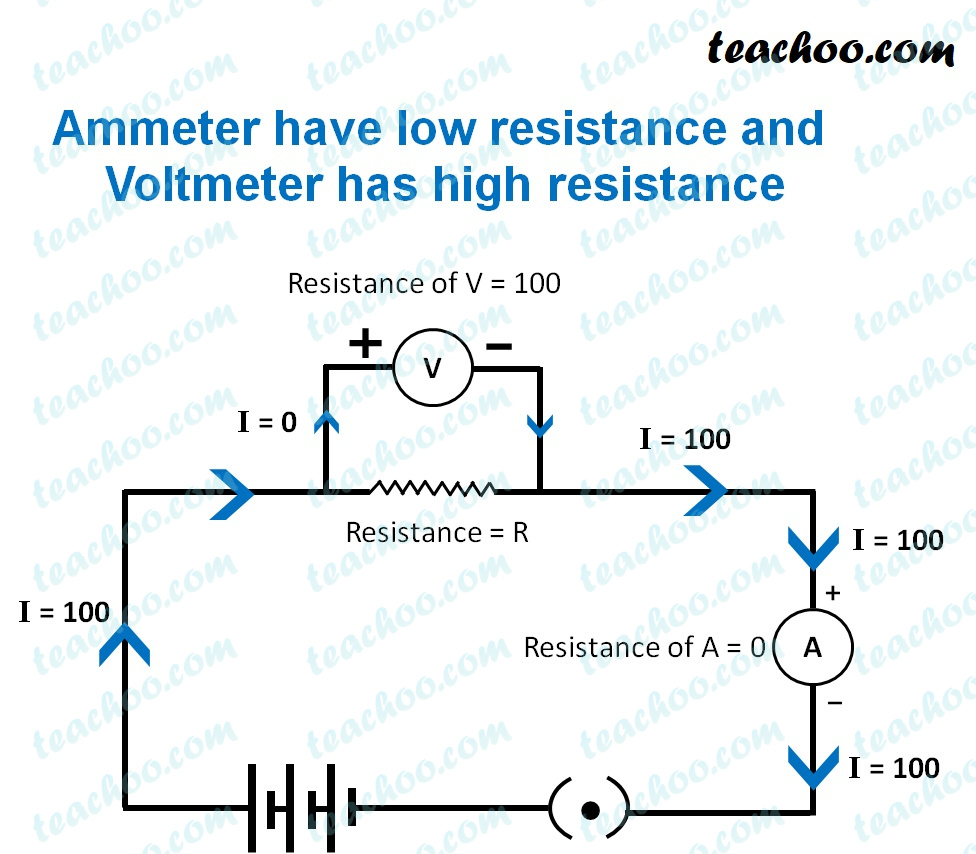 An ammeter is a device which measures the amount of current flowing in a circuit.

It is a very low resistance(nearly zero) device.

If it will be connected in parallel, it would draw most of the current and would get damaged. Hence, it is connected in series.

A voltmeter is a device which measures the amount of potential difference across a resistor or a series of resistors.

It is a very high resistance(nearly infinite) device.

If it will be connected in series, it would would increase the equivalent resistance of the circuit to nearly infinite and no current would

flow through the circuit.

Hence, it is connected in parallel.

Next: What is the difference between Open and Closed circuits? Important →
Facebook Whatsapp