Which ITR form for whom?

Download in pdf
Changes in ITR forms for FY 2016-17 by teachoo (Updated).pdf

However, this ITR Form can only be filled if Gross Total Income is upto 50 lacs

ITR 2 If having foreign asset or Capital Gain

Now ITR2A has been abolished

For Small business like Proprietorship and Partnership, there is no need to Maintain Books of Accounts

Similarly for those in truck business, there is 7500 pm Scheme under 44AE

These business have to file ITR 4

Also last year, Professionals like CA/Doctor could not opt for such presumptive taxation scheme

In this case. They have to get compulsory audit from CA

This form is for Companies (Private Limited and Public Limited Companies)

There is compulsory audit from CA and ITR 5 is applicable

This is filed by persons normally having exempt income like

If they have some other business, they have to file ITR 3

If they do not have any other business, they file ITR 2

If they have some other business, they have to file ITR 4

If they do not have any other business, they file ITR 3

If you dont have Adhar Card, you have to apply for the same,mention enrollment id and then Fill ITR 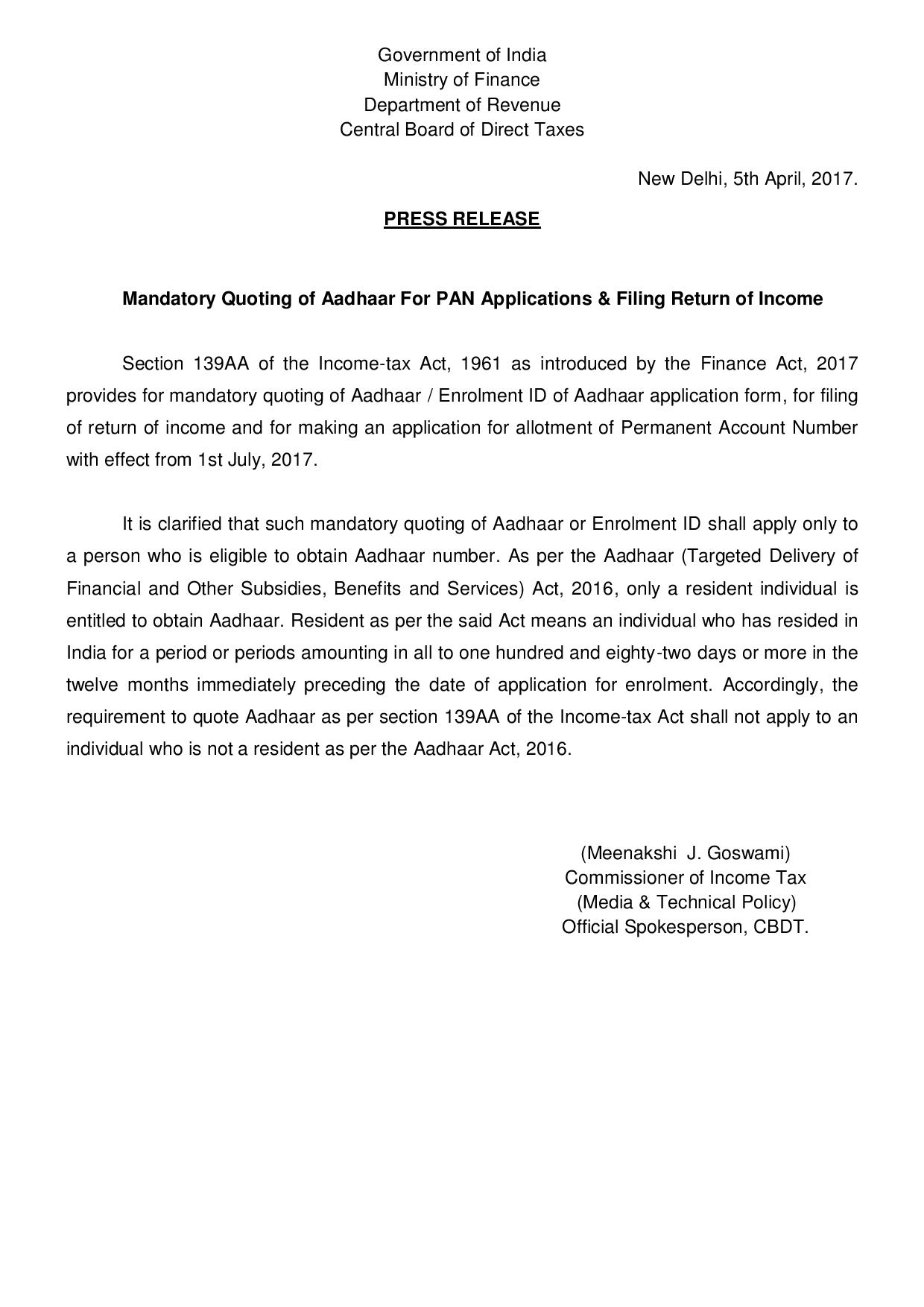 2.Details of Cash Deposit during Demonetization to be Mentioned

Download in pdf
Changes in ITR forms for FY 2016-17 by teachoo (Updated).pdf