Income of one person included in the income of other person

Why It is done?

Sometimes people divert their income to some other person

Hence they are able to reduce their tax liability

In such cases, Governemnt has introduced clubbing provisons so that such tax avoidance would not be possible 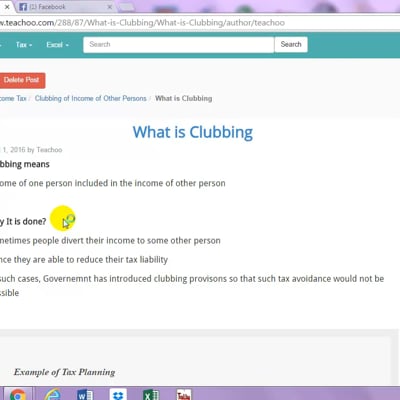 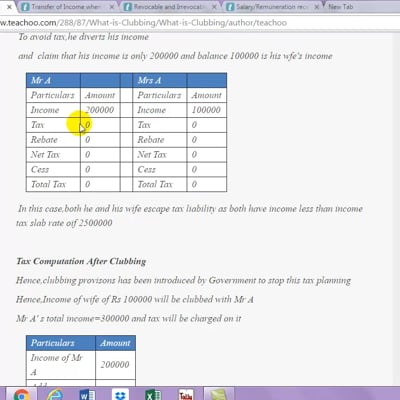 To avoid tax,he diverts his income

In this case,both he and his wife escape tax liability as both have income less than income tax slab rate oif 2500000

Hence,clubbing provisons has been introduced by Government to stop this tax planning

Lets study different types of clubbing in detail one by one